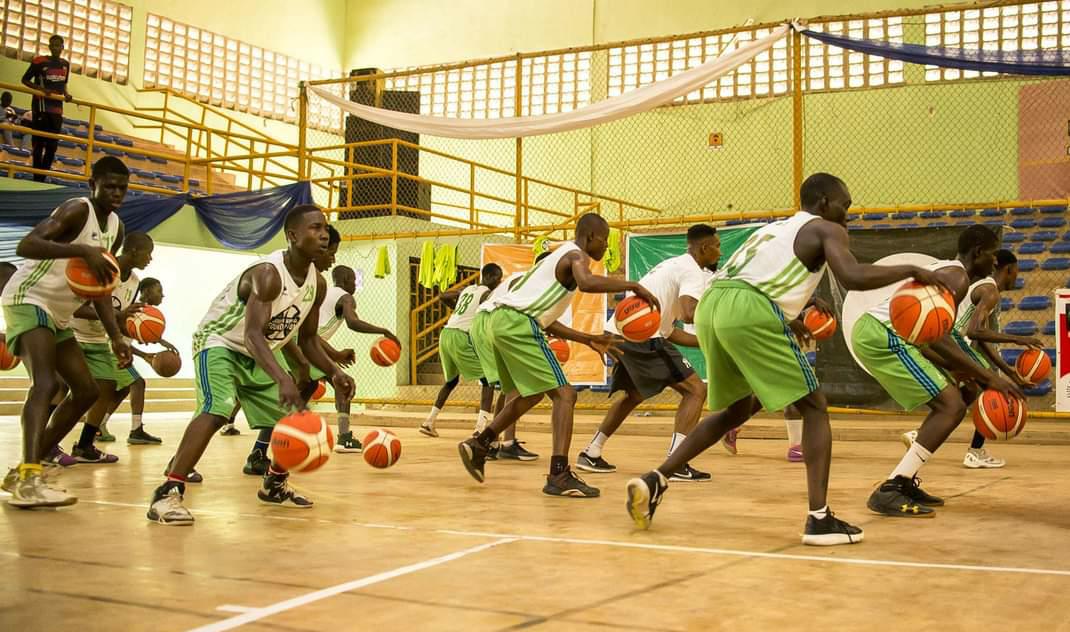 Following a successful conclusion of day one of the Adamu Yola Ture three days camping in collaboration with Jordan Nwora Foundation, the North-East Elite Basketball camp resumed on Saturday with  improved intensity at the Multipurpose Indoor Sports Hall, Gombe.

The players all kitted by Adidas, had a warm up session conducted in a 6 group format with accompanying coaches dishing out instructions to the respective teams.

With the vision to grow basketball from the grassroots and the continent of Africa as stated by coach Alex Nwora shortly before the camp was declared open,  the players were shared apiece into smaller groups competing against each other and displaying their various  talents.

Akachukwu Anyawu from the host state- Gombe) said, “To be sincere with you, I feel strength and I feel I am more focused; how it happened, I don’t know. I can say that I am opportuned to be here today, since I started playing basketball.”

“This is my first time in a camp and I am already being exposed to so many things by the foreign coaches. We were counselled to be focused, listen and react and get to learn. If you are opportuned, then it’s a big dream come true”.

Emmanuel Peter from Bauchi state while talking about her experience said, “It has been wonderful and fun especially the fundamentals of the game which I lack the most. So far, I have learnt from each one of the coaches.”
“Between now and the next ten years if I take the skills I learnt here back home, I should be able to play internationally if not in the NBA. I appreciate the two foundations-Adamu Yola and Jordan Nwora Foundation for this gesture; they have taken most of us out of the street where we only create nuisance but the camp has helped create a physical and mental and physical orientation”.

Coach Nick Seppe dropped a hint shortly after the close of the morning training session. “I can tell you that a lot of talent abound here in Nigeria. Only time will tell because the whole project is progressional”, Nick added.