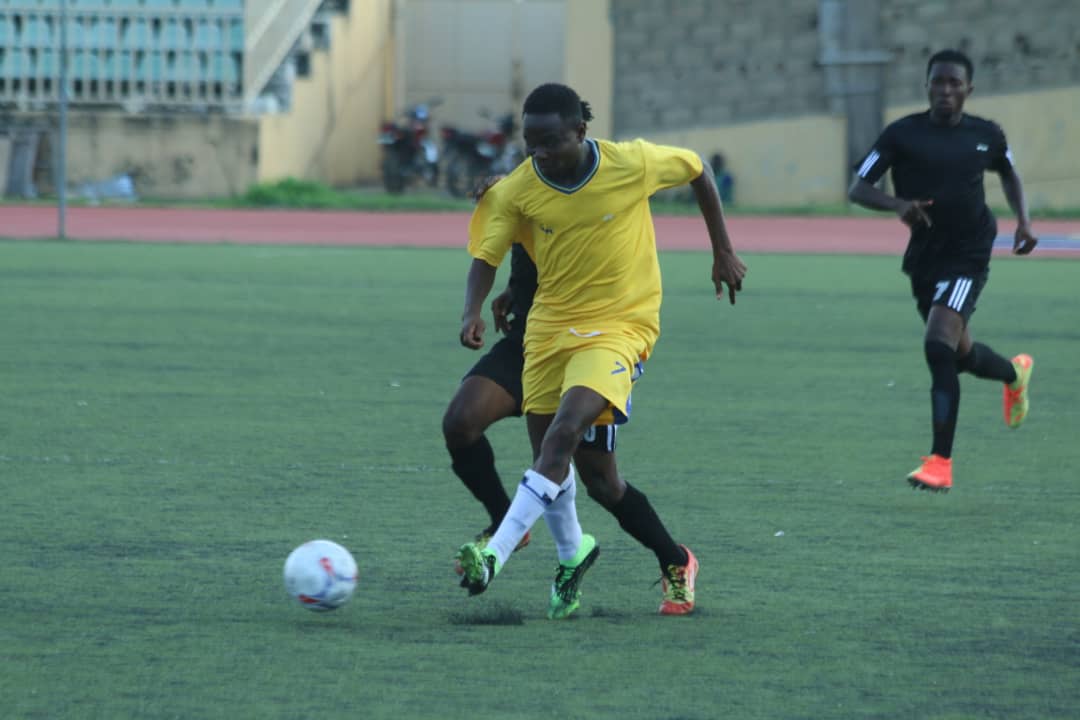 It was an enthralling moment in the matches played on day one of the 2021 Amapro Football Championship at the Kwara State Stadium, Ilorin on Monday.

The annual competition, which is created to integrate professionals with amateur players and also to discover talents started on an entertaining note with 9 goals scored on the first day.

The first game of the day saw Mokwa FA claim a 2-1 win over a strong-willed Olanshile Football Academy.

Yunusa Isah opened the scoring in the 11th minute from a well taken spot kick, before Olansile responded quickly with a fine goal from Fakunle Abayomi in the 19th minute.

Meanwhile, in the second game of the day, Abraysport FC cruised to a 2-1 victory over Hammola Int’l FC courtesy of a brace from Omolaoye Abiodun.

In the last game of the day, Amapro Selected gave a good account of themselves losing 2-1 to NPFL All Stars.

Shola Abdulraheem scored the opener for NPFL All Stars with a fine strike inside the area in the 23rd minute before Yakub Hammed extended the lead with a screamer in the 29th minute.

Minutes into the second half, Abdulrahman Bashir missed the chance of putting the game beyond Amapro Selected as he hit the crossbar from the penalty spot.

Amapro Selected got back in the game after Oyelade Michael scored from the spot in the 70th minute. However, despite the fight from Amapro Selected, NPFL All-Stars still saw out the win in style.

Games continue on Tuesday with scouts ready to select the talented players.