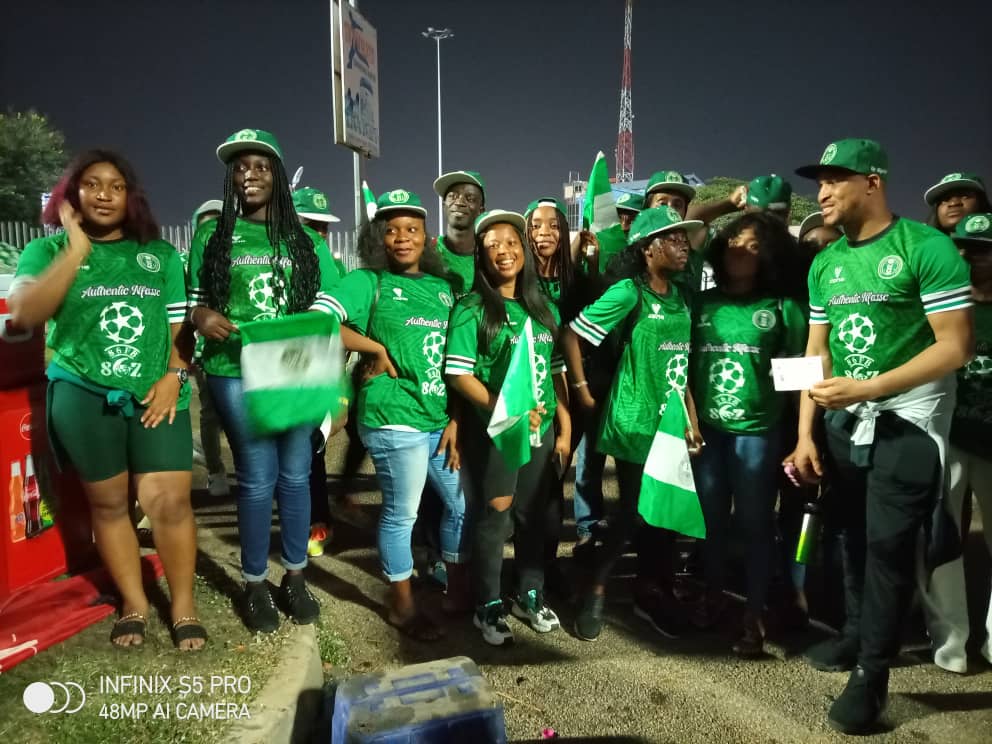 The reverse betting platform considered the importance of the 12th man on the pitch, and sponsored ANFASSC to Kumasi, the company has also settled the traveling costs of the Supporters club members to Abuja.

President of ANFASSC, Prince Abayomi Ogunjimi appreciated the company , and explained that there were difficulties in moving members to Ghana.

He acknowledged that 86z played a pivotal role in getting his team members to Kumasi, where the Super Eagles held the Black Stars to a goalless draw on Friday.

He said “Despite the challenges, we were able to scale through the hurdle and represent, all thanks to 86z for their support, we are hoping for a partnership that will continue between the two brands”.

“It was a surprise when we had a little challenge, this is a fellow West African Nation and traveling papers and arrangements were delayed because we were all on our own, but the most important thing is the world cup ticket next week”

He confirmed that 86z has also promised to do more in terms of sponsorship, once the Super Eagles pick up the World Cup ticket.