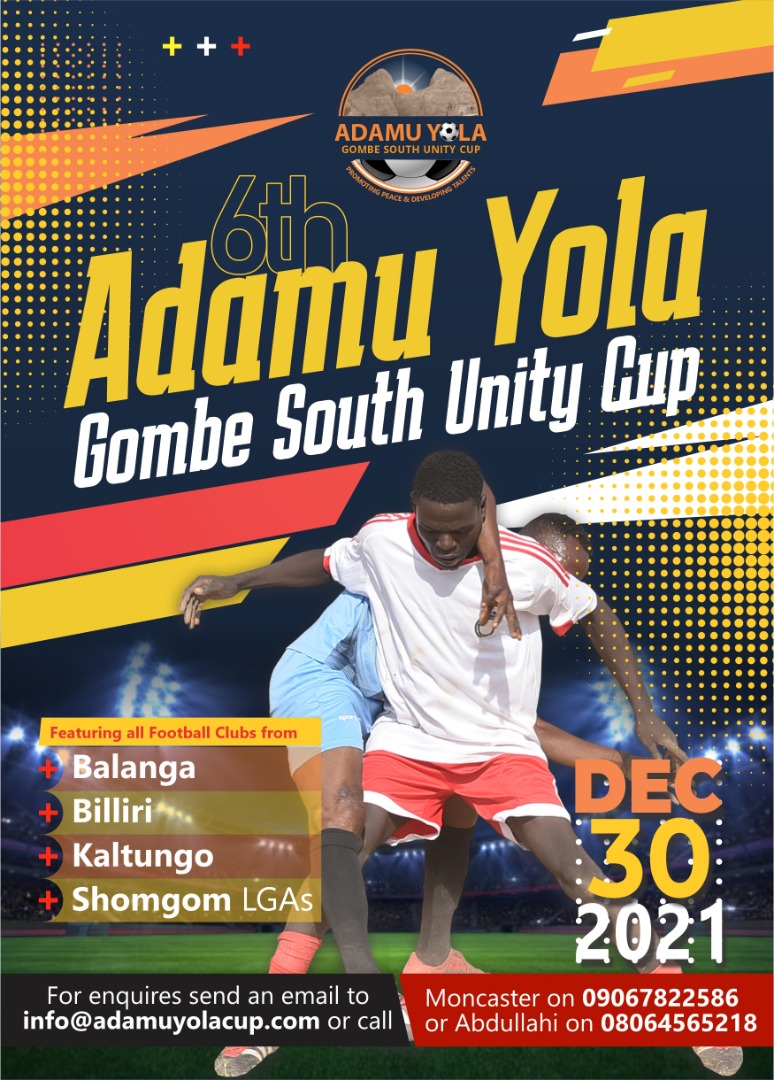 The prestigious Adamu Yola Gombe South Unity Cup on Tuesday 26th October returned Mr. Promise Uwaeme as the Chairman of the Local Organizing Committee in a statement by the donor and financier of the tournament Pastor Yakubu Adamu Yola.

Following a release after a meeting with the tournament stakeholders the fixed date was announced and the names of Local Organizing Committee for the 6th edition of the competition was also announced. Mr. Promise Uweame returned as the Chairman of the Local Organizing Committee to be assisted by the Secretary of the 5th edition Mohammed Yusuf as the Vice Chairman. Below are the names of the members:

Abdullahi Awak will serve as the Committee Secretary to be assisted by the Mis Becky Wayas. Other members of the Committee include Alpha Shilong Ishaku from the Adamu Yola Foundation, Usman Adamu Mari representing Balanga LGA and one other representative from Shomgom LGA.

“ After due consultations, we have carefully selected members of the committee going by the vast experience in organizing sporting events.” Pst. Yakubu stated.

“We believe in their abilities to deliver a tournament second to none in this edition, their personalities and technical knowhow are things we require to continue to sustain the standard we have built over time.” He added.

“As we start the journey of the 6th edition today, I appeal to all participating teams especially fans to continue to uphold peace and unity which the tournament stands for, Pa Adamu Yola is a man of peace and we are indeed very glad to carry on his legacy of preaching and promoting peace in his honour.” He concluded.

It could be recalled that the last edition was a huge success as Balanga LGA produced the champions Balanga United FC despite being their first time to participate in the tournament. This will be the first time the finals of the tournament will be played outside of Kaltungo.

This year’s edition promises to be more sensational as more teams are set to join in the race to become the winner of this year’s edition. Registration of the competition is currently ongoing and will end Friday 12th November, 2021 as draws is set to hold in November 20th at the Style Hope Events Centre opposite Jewel Hotel Kaltungo and the qualification rounds kicks off on 27th November, 2021.