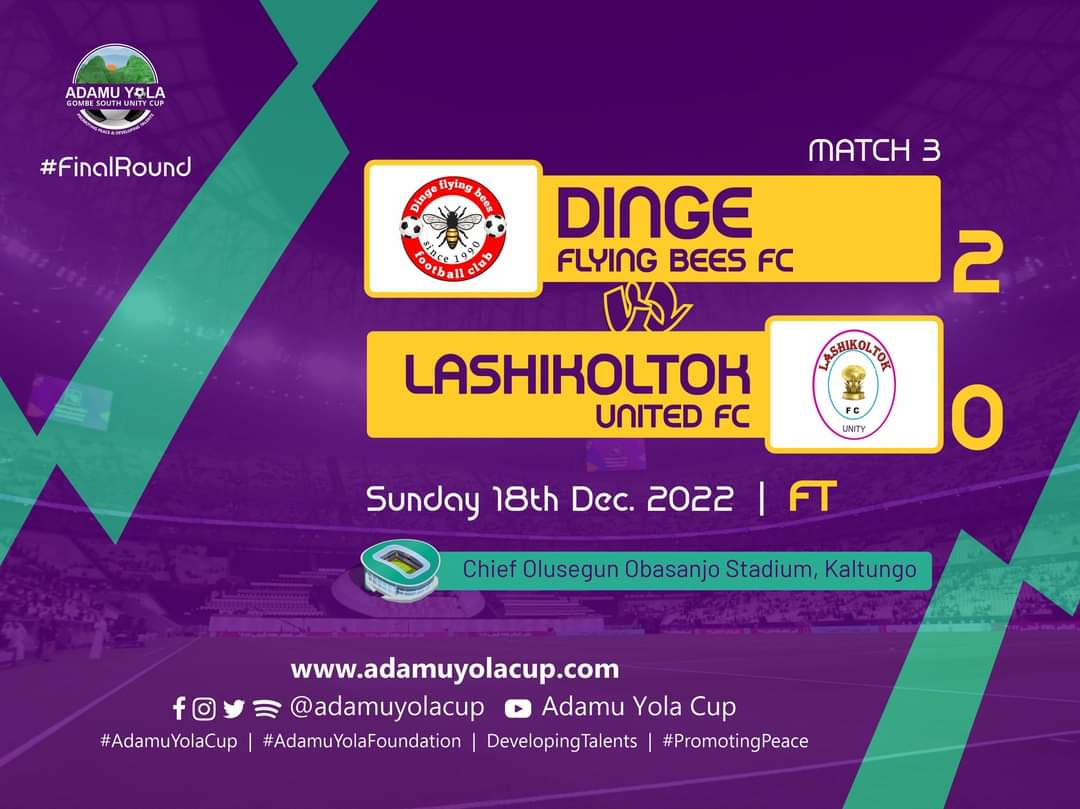 Siyako Foundation Football Club and Dinge Flying Bees will battle for a place in the Semifinals when they file out in the quarter-final of the ongoing 7th edition of Adamu Yola Gombe South Unity Cup.

Both teams scaled through after they both saw off challenges from Panwa United and Lashikoltok United respectively in the round of 16 fixture decided on Sunday at the Chief Olusegun Obasanjo Stadium in Kaltungo, Gombe State.

In the first game, Dinge Flying Bees beat lackluster Lashikoltok United 2-0 thanks to goals from Yahaya Balu and Timothy Habila.

Yahaya Balu opened the scoring in the 20th minute for Dinge Flying Bees after his free kick was deflected into the net, Timothy Habila added the second in the 84th minute as he headed in from a beautiful cross to secure victory over Lashikoltok United.

A solid display from Siyako Foundation FC in the second game saw them ease past Panwa FC to reach the Quarter Final of the 7th edition of Adamu Yola Unity Cup.

A brace from Mustapha Shuaibu in the 8th and 33rd minutes and a goal from Jibo Terayamba in the 61st minute was all they needed to progress into the next stage as Panwa United failed to pose any meaningful threat.