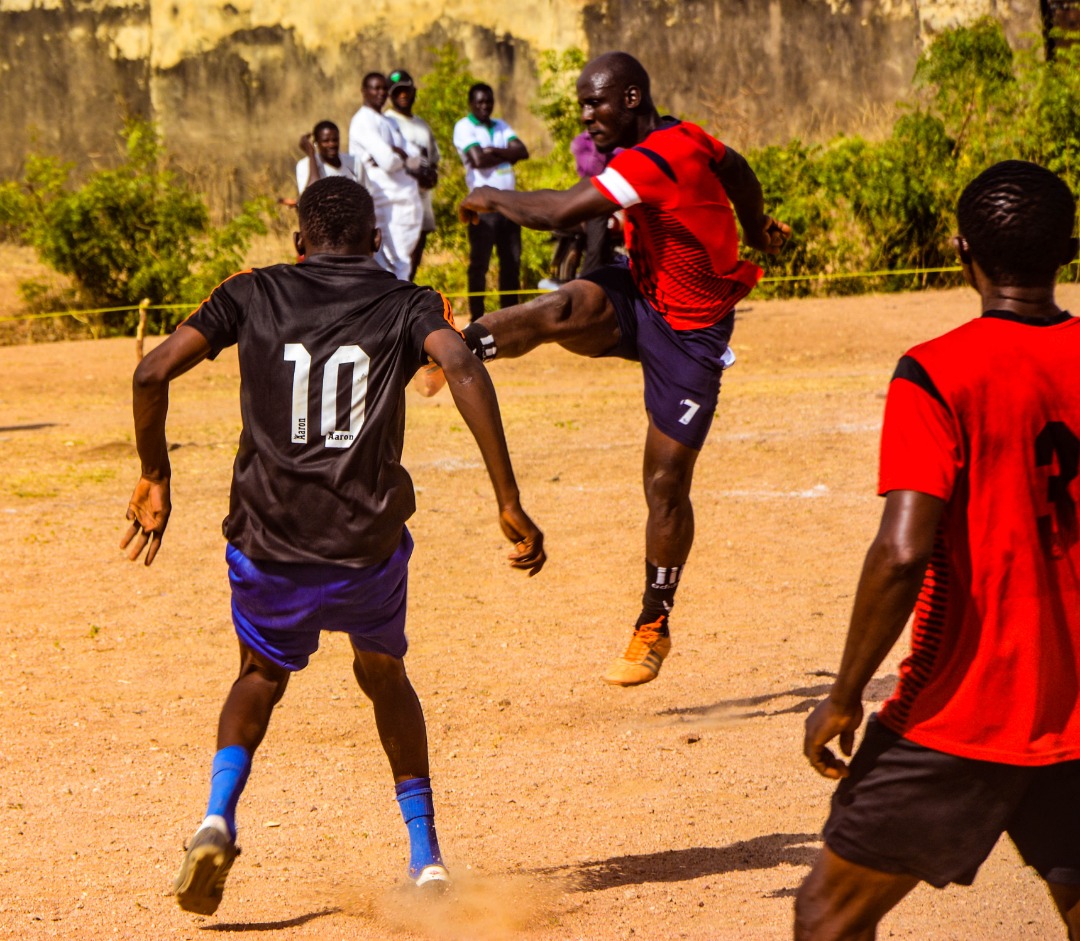 It was an entertaining day of beautiful football on display in the ongoing 7th Edition of the Adamu Yola Gombe South Unity Cup as both Kaltungo Boys FC and Kalorgu United sealed their place in the Quarterfinals of the competition.

In the first match of round of 16 played at the Olusegun Obasanjo Stadium in Kaltungo, Kalorgu United had to dig deep for inspiration as they came back from two goals down to draw 2-2 to send the game into Penalties.

Farum United’s Kedy Philemon netted a brace, his first from the penalty spot in the 33rd minute just after Abdiel Abdu had failed to convert from the spot for Kalorgu United three minutes earlier.

Kedy Philemon in the 44th minute completed his brace after he capitalized from a defensive blunder from the goalkeeper to tap into the net and increase the goal tally for Farum United as they went into the break with a comfortable lead.

Abdullahi Umar came to the rescue for Kalorgu United as he netted a late second-half brace in the 83rd and 87th minutes to force the match into penalty with Kalorgu United edging out Farum United 4-3 to progress to the Quarter Final.

In the second game Kaltungo Boys FC edged out Fadah FC 3-1 to reach the quarter-final thanks to goals from Haris Ismail in the second minute, Ali Abubakar from the spot in the seventh minute, and a solo goal from Sadiq Yakubu in the 77th minute, Ubale Ibrahim scored the consolation goal for Fadah Youth FC in the 85th minute, but it wasn’t enough to force a late equalizer as Kaltungo Boys FC progressed to the quarter-final.

Kalorgu United will take on Kaltungo Boys FC in the quarter-final.

For tomorrow’s fixtures, Dinge Flying Bees FC will be looking to fly past Lashikoltok United in the first match which is expected to kick off by 1 pm.

In the second match, Panwa FC will look to navigate its way against Siyako Foundation FC.