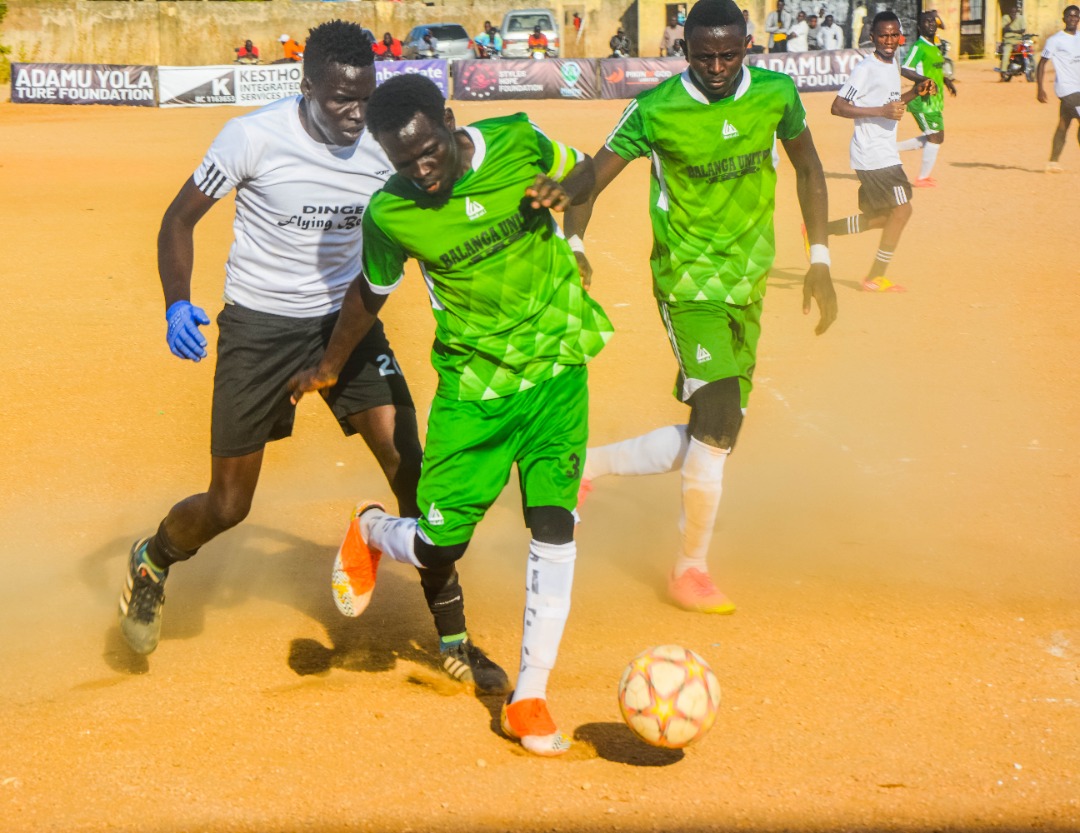 Kaltungo Boys and Dinge Flying Bees are through to the semi finals of the 7th Edition of the Adamu Yola Gombe South Unity Cup.

Both quarter final matches were played on Thursday at the Olusegun Onasanjo stadium in Kaltungo.

Kaltungo Boys dominated proceedings from the blast of the whistle, but their dominance could not yield any goal in the first half as they missed several scoring chances while Kalorgu United defended stoutly.

On resumption of the second half, a goalkeeping error by Kaltungo Boys goalkeeper, Yerima Jonah, gifted Abdullahi Umar a goal with an empty net at his mercy in the 58th minute.

Kaltungo Boys levelled scores from the spot when Ali Abubakar scored in the 74th minute after the Referee had judged that a defender had handled the ball in the box.

The penalty shootout saw the captain of Kalorgu United miss the kick that would have kept his team in the contest as the shootout needed 5-4 in favour of Kaltungo Boys.

In the second quarter final match Ramsey Reno’s 25 yard shot in the 12th minute slipped through the hands of goalkeeper Mohammed Madi’s hands to land at the back of the net.

The 1-0 lead was what Dinge Flying Bees took into the break and defended all through the second half to book their place in the semifinal.

Coach of Dinge Flying Boys, Umar Ibrahim, expressed his delight at his team’s victory. He said his plan is to go back and strategize on how to get to the finals and win the trophy.

Kaltungo Boys FC will now take on Dinge Flying Bees in the Semifinal Next week Tuesday.

Action will continue on Friday 23rd December 2022 in the quarter Final of the ongoing Adamu Yola Unity Cup with Komta United up against Mai Rana Boys FC – by 1pm.

In the second match it would be Ayaba United FC Highlanders FCTure – scheduled kickoff time is 3pm.