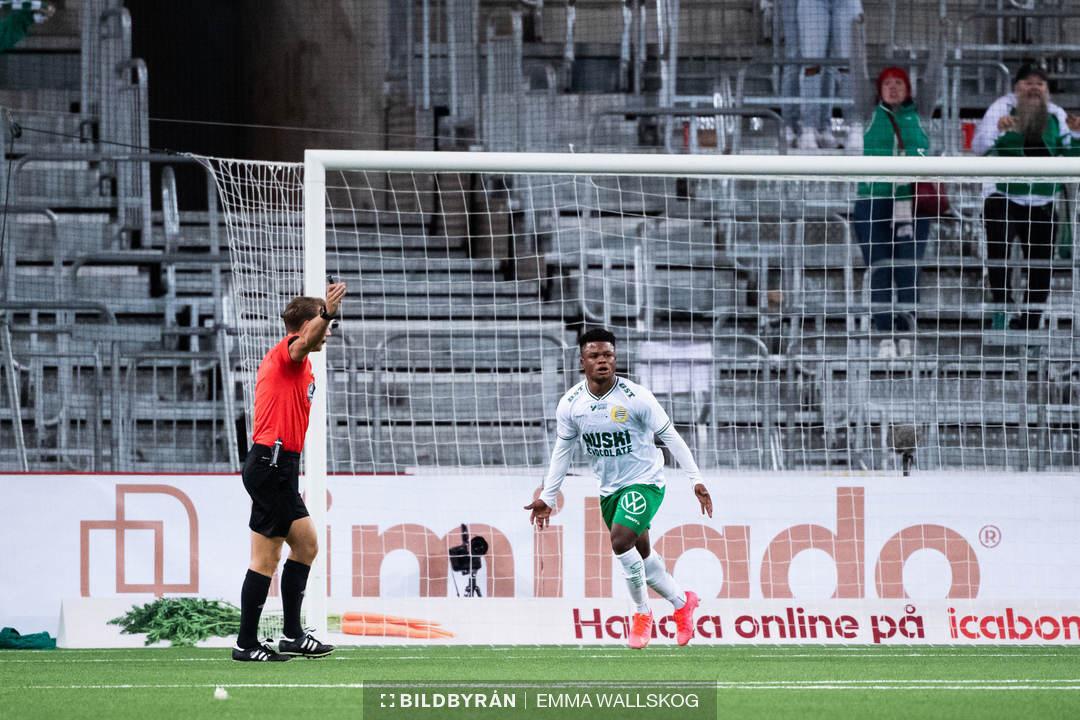 Former Golden Eaglets forward Akinkunmi Amoo was the match hero for Swedish side Hammerby IF as he scored the game’s only goal to earn them a 1-0 win over Varbergs BoIS.

Still smarting from the shock 4-1 loss in their last league outing away at Djurgadens, head coach Milos Milojevic rang in the changes with Amoo returning the starting XI having sat out last week’s embarrassing loss.

The 19-year-old hit the ball running from the blast of the whistle and was involved in the game’s first real chance when he combined with Astri Slimani to set up skipper Bojanic but the midfielder failed to keep his effort on target.

The visitors then grew into the game and had chances of their own twice but the hosts goalkeeper was up to the task as he kept his cool to keep the game goalless after the hour mark.

With the half time whistle seconds away, the tricky Nigerian opened scoring as he robbed defender Joakim Linder off the ball before setting up Selmani who then crossed graciously to the head of the Nigerian to make it 1-0 much to the frustration of the visitors who were hoping for a foul on the build up to the goal.

Amoo was then involved again moments into the second half as he came close to doubling the hosts lead but a quick rush out from the goalkeeper denied the former golden Eaglet star from making it 2-0.