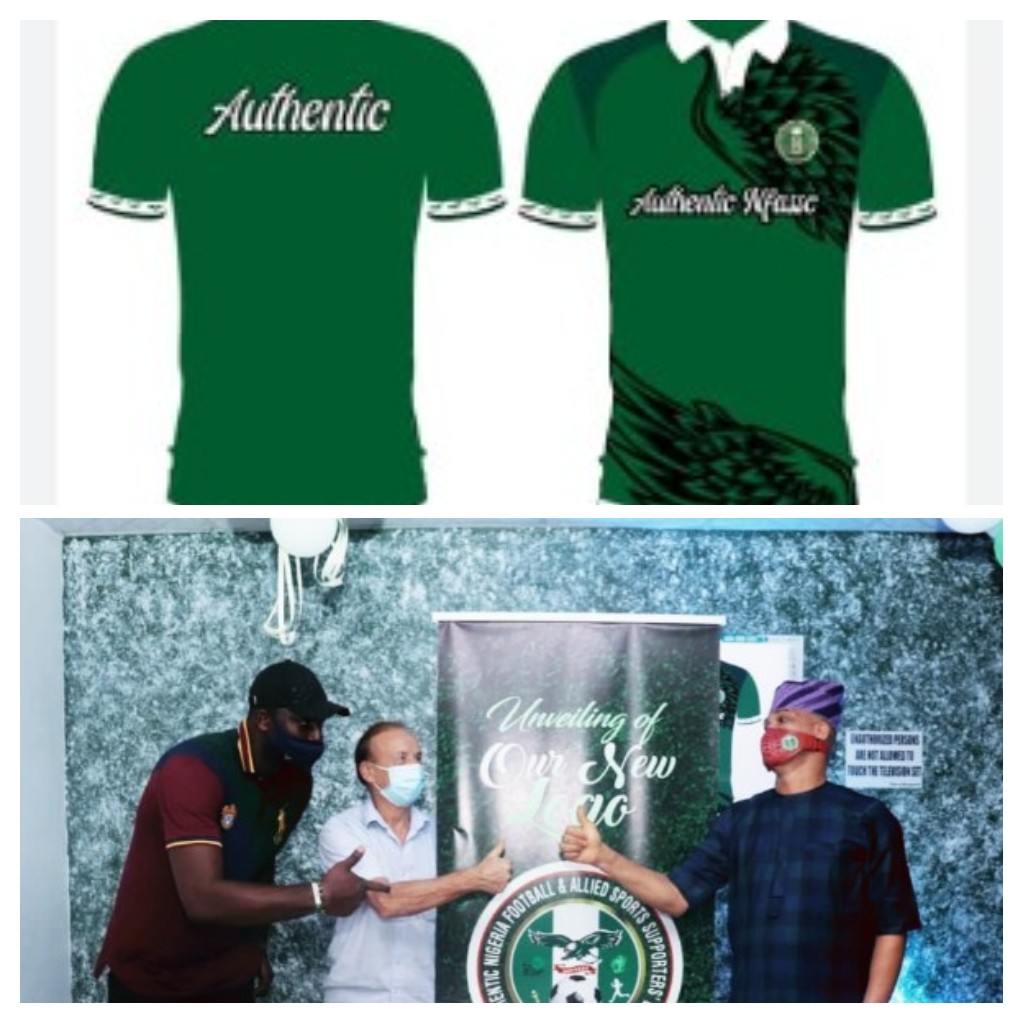 The Super Eagles are away to the Squirrels of Benin Republic on March 27 in their penultimate AFCON qualifying fixture before returning to Lagos on March 30, 2021 to wrap up the qualification series for Africa’s elite National team football tournament.

With the announcement recently made by the Confederation of African Football CAF, that ten thousand fans will be allowed to see the game live at the Teslim Balogun Stadium, Lagos, the country’s foremost supporters club ANFASSC would return to the match venue to cheer the Super Eagles to victory for the first time since the Coronavirus pandemic wrecked global havoc.

National president of ANFASSC, Prince Abayomi Ogunjimi who confirmed the arrival of the jerseys said members of the Supporters Club will turn out for duty on the match day in a new set of branded wears which just arrived from Europe.

Prince Abayomi expressed delight about the return of spectators to the match venue, adding that Authentic Nigeria Football and Allied Sports Supporters Club will turn out in its unique way to cheer the Eagles to victory as it as always done.

He said “It gladdens our heart that finally, we can get in there to contribute our quota by supporting our darling Super Eagles, as we all know, the role of the Supporters Club can not be underestimated so we will go out there in numbers”.

“For the game, we have put in place a unique measure, our outfit is Europe made, we felt it’s pertinent to feel the quality from abroad and take the game to a different pedestal with the foreign standard. It’s not to say we have jettisoned our home made kits, but nothing is too much or too expensive for our darling Super Eagles”.

The ANFASSC National President promised that the uniqueness, zeal, passion and orderliness that got the attention of Africa football governing body CAF at the 2019 Africa Cup of Nations will still be maintained, he confirmed that everyone at ANFASSC is poised at giving His/Her total support and commitment to the success of the Nigeria National Team.