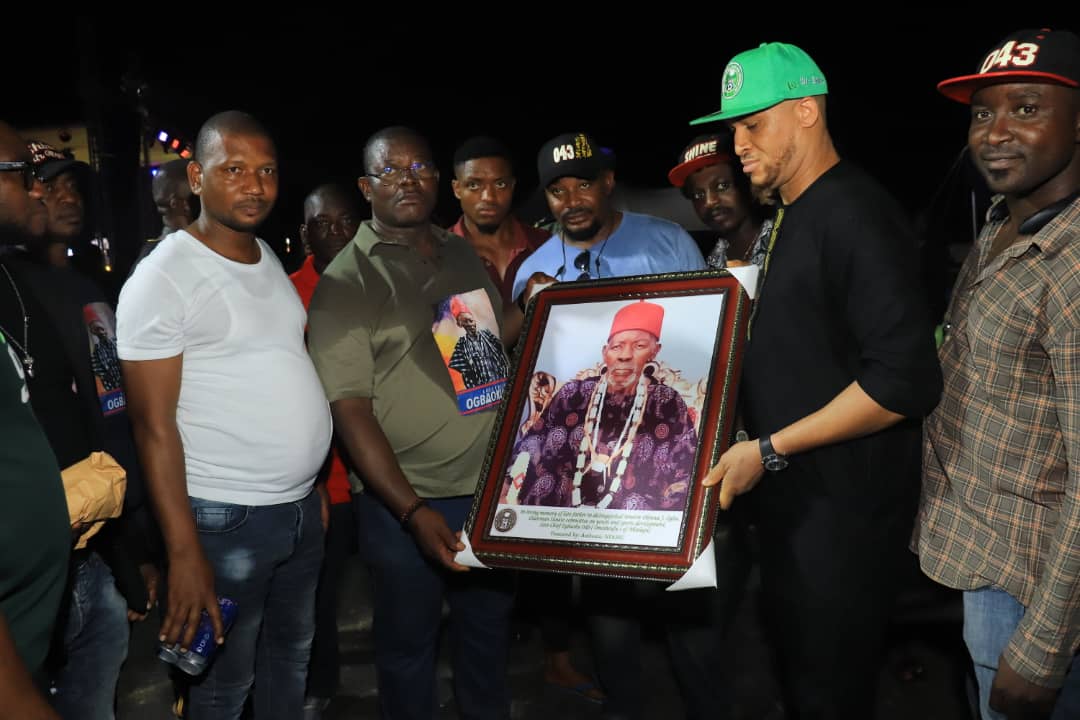 The glorious exit of of Chief Ogbaoku Odo ( Omeiheufu 1) of Nkalagu, Ishielu Local Government, Ebonyi state, the Father of Chairman, Senate committee on youth and sports development, Obinna Ogba was celebrated in style with the presence of unique and elegant supporters club in the country, Authentic Nigeria Football And Allied Sports Supporters Club ANFASSC.

Ably led by its National President, Prince Abayomi Ogunjimi, the award winning supporters club graced the occasion and made its impact felt with the traveling team displaying the quality in Its fold to the delight of everyone present.

It is worthy of mention that Senator Obinna Ogba is the Chairman of the country’s second tier Football division, the Nigeria National League, NNL apart from being the Senate committee on sports’ Chairman.

ANFASSC President, Prince Abayomi Ogunjimi said his team was present to pay its last respect to the late centenarian due to the giants strides and commitment of Senator Ogba in the development of sport, a sector he described as vital in nation building.

“It’s a delight to be here to celebrate one of the iconic figures in Amanvu Nkalagu, Ishielu Local Government Area of Ebonyi state, since we arrived, it has been eulogies and praises for the deceased which invariably means he was a good man and a man of the people”

“His illustrious son, Senator Obinna Ogba is also working effortlessly in turning around the fortunes of football and sports in general in his own little way, so while we commiserate with him, we also celebrate with him as he pays his Father the last respect”.