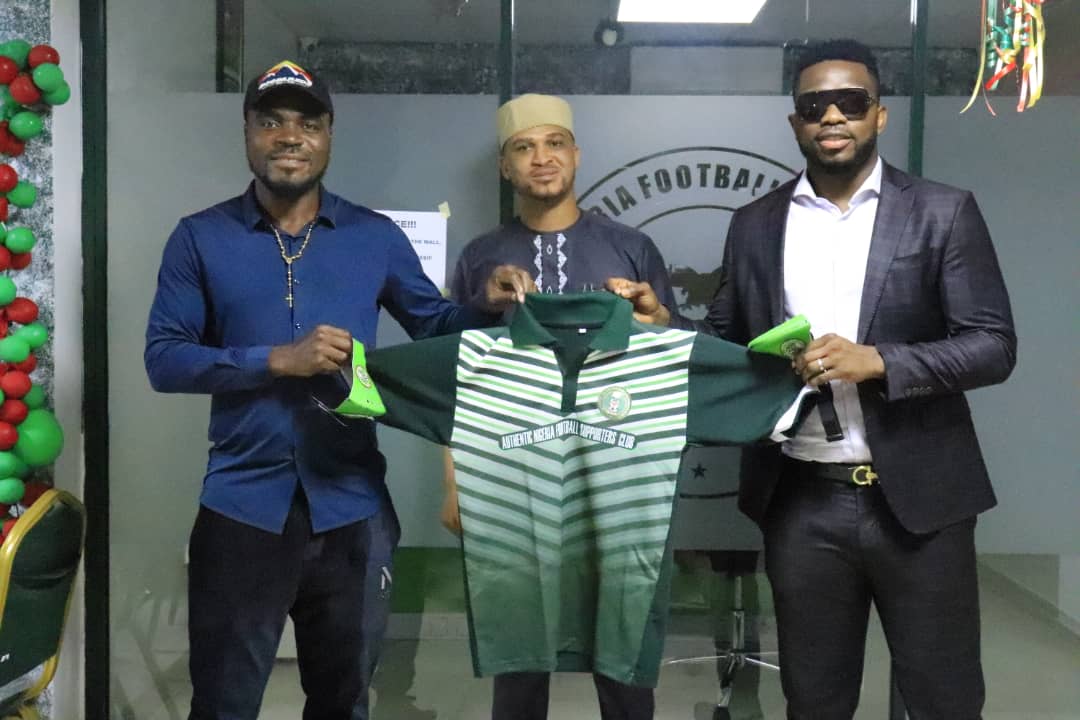 Yobo who has earned over one hundred appearances for the Super Eagles was impressed by the what he termed “the achievements of ANFSC in such a short time” and he also commended the president of ANFSC, Prince Abayomi Ogunjimi for his diligence and steadfastness as he said he has known “Bonfere” as he loves to call Prince Abayomi Ogunjimi for the best part of two decades.

Former Fenerbahce of Turkey striker Emmanuel Emenike on his part stated that he supports causes that better the football and society at large which is one of the reasons he built a hospital and supports every foundations that takes care of the needy and downtrodden and he sees supporting Authentic Nigeria Football supporters as a brand worth supporting due to the credibility of the National president, Prince Abayomi Ogunjimi whose rise from being a mascot to becoming the leader of the foremost supporters club in Nigeria as an inspiration for Nigerian youths to emulate.

On his part, Prince Abayomi Ogunjimi thanked the superstars for accepting to be ambassadors of Authentic Nigeria Football Supporters Club and he promises not to take their support for granted, the president also used the opportunity to state that the ANSFC will be in a matter of weeks unveil their plans for the year and also make a very important announcement on the next step for ANFSC.

Authentic Nigeria Football Supporters has amongst its patrons notable personalities such as Oba Enitan Adewusi the Ooni of Ife, Mallam Nasir El-Rufai the governor of Kaduna state, Chief Gabriel Igbinedion the Esama of Benin amongst others.