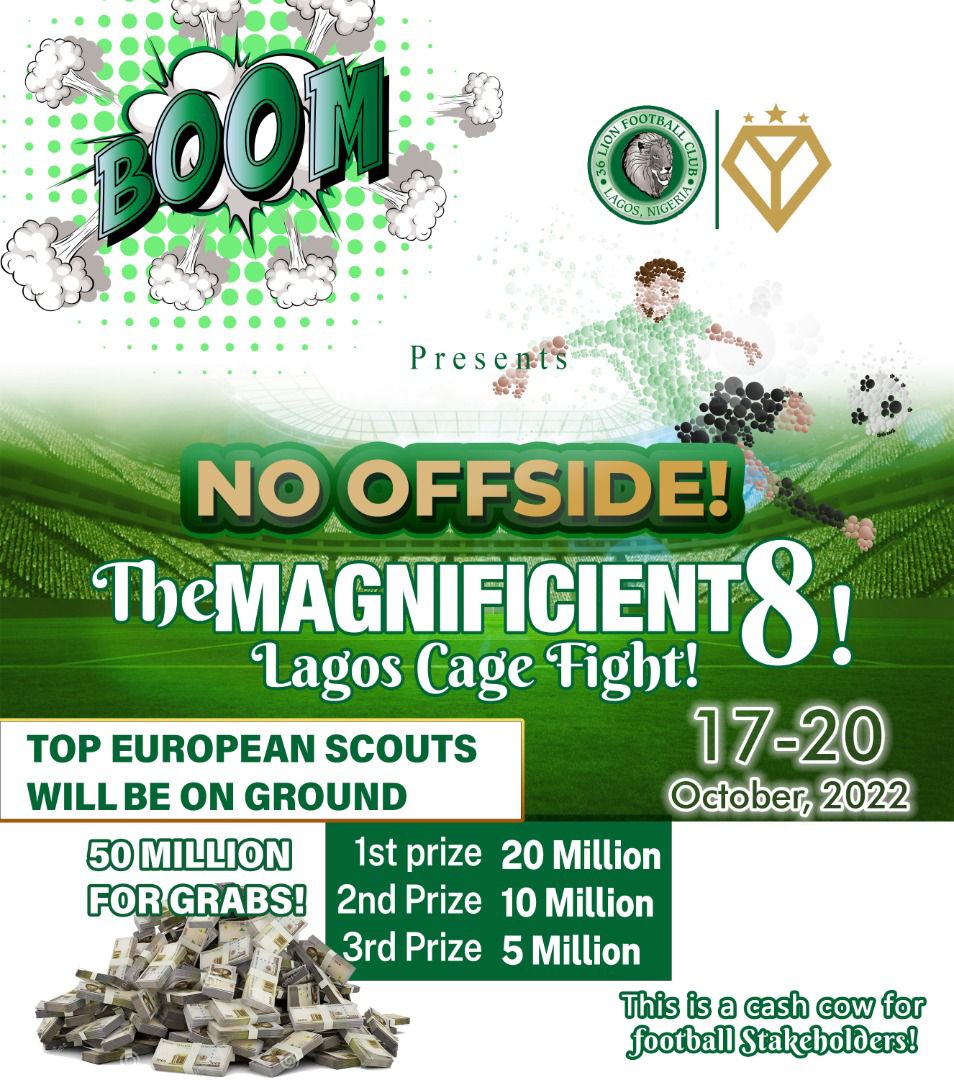 36 Lion in collaboration with Diamond Sports Management are set to host the first ever grand breaking grassroot football/ Scouting tournament In the city of Lagos .

The tournament which is tagged “The Magnificent 8 Lagos Cage Fight” with a mouth watery sum of Fifty million Naira(N50,000,000 )up for grabs at the end of the competition.

According to the organisers of this prestigious tournament , this event will serve as a life time previledge for stakeholders in grassroot football development to utilize this one time opportunity to better the football activities within the grassroot level ranging from the lower to higher age grade in football as regards scouting out potentials.

The organizers confidently state the thirty five million naira (N35,000,000) cash prize out of the fifty million will be up for winning.

The chairman of 36 Lion FC Hajji Gafar Liameed who is part of the chairpersons organizing committee of the tournament in an interview with pressmen was asked why he chose to channel all his efforts and resources into grassroot development programs such as this one ? He replied with a smile saying :

” _I am not doing it alone, it is a consortium of top private club owners in Nigeria, giving back to the stakeholders and presenting our players with great opportunities “

He further concluded by saying : ” Every Nigerian child are born with a football gene in them. It’s our job to identify their physical differences, give them the best environment to maximize their potentials.“

Preparations are on top gear, as the event is set to kick-off on the October 17th to end on the 20th October 2022 in Lagos city, as only eight teams will be selected out of the many teams within and outside Lagos to battle in the first ever football cage fight in Nigeria.