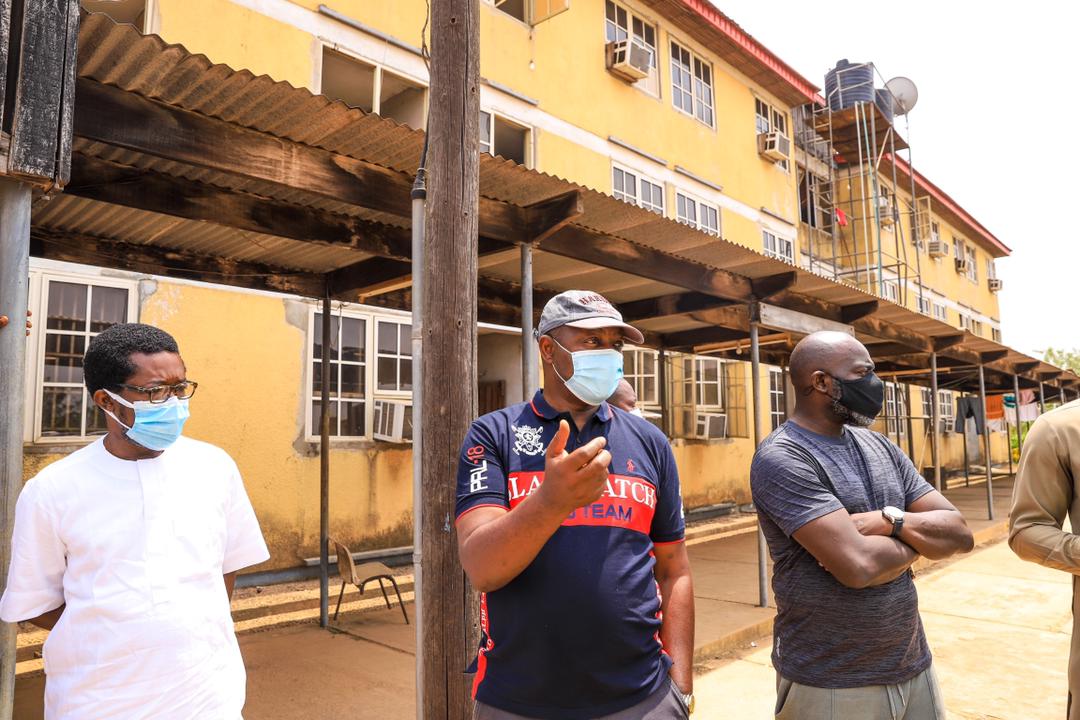 Dare on a working visit to Liberty Stadium

Honorable Minister of Youth and Sports Development, Sunday Dare, visited the liberty stadium, Ibadan, on Saturday 6th March, 2021, in continuation of his tour of sporting facilities and visit to team Nigeria athletes, preparing for the Olympic games.

On a visit to the Sports hostel, the Minister promised that all illegal structures in the building will be taken off while also revealing that same thing is being done in Lagos and Abuja to return the stadia to better shape.

He used the occasion to appeal to private investors around the country to take advantage of the situation and turn most of these hostels to hotels so as to generate revenue for government.

The non-functional hostel is thing of worry , according to the sports Minister;
“we are expecting to clear these illegal structures and turn the hostels to hotels.” he concluded

Earlier during this tour, the minister visited two Olympic bound Athletes Lawal Rufiyat Folashade and Liadi Taiwo at the Liberty stadium in Ibadan, admonishing them to do their very best in ensuring that they put up a befitting performance at the game.

Both athletes expressed gratitude to the Sports Minister and thanked him for the cash incentive which they say is a massive morale booster to their preparation.