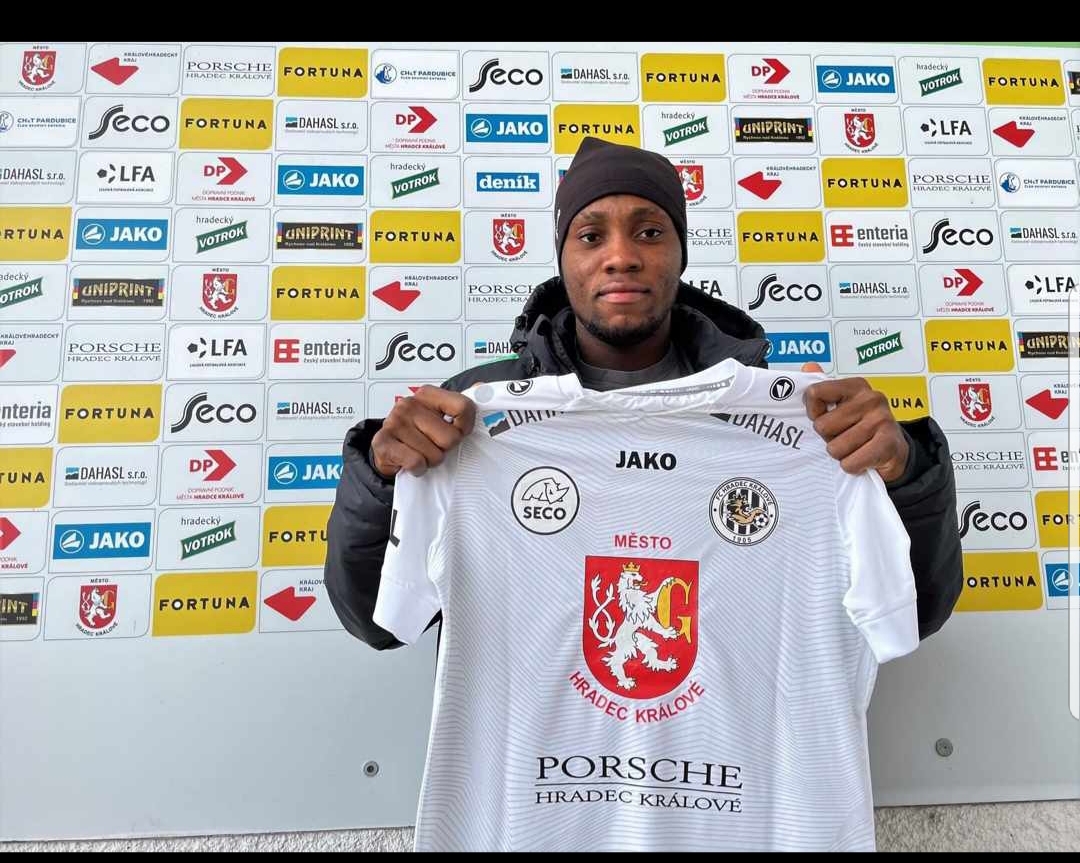 The transfer was confirmed by the CEO of Dino Sporting Club Samuel Columbus on Sunday, February 21st 2021 after both club agreed terms for the player.

The 19-year-old winger put penned to paper for twelve months loan deal with option of further renewal based on his performances for the team.

“We are delighted to announce that our player, Seun Egbewole has joined Hadrec Kralove FC of Czech Republic on a year loan deal”
“We wish Seun all the best in his new adventure with his club and we will continue to support him from here” Samuel Columbus said in a statement.

Seun Egbewole is part of the impressive Dino Sporting Club squad are currently placed second on the table of 2020-2021 creative league championship.

Although the pacy winger has already resumed training with the Zdenko Frťala’s tutored side but was ommited from their 2-0 win against Vlasim on Saturday.

Kralove FC of Czech seated on top of the Czech national division football league with 25 points from 12 matches and they could extend the lead with a win over Vandorf this Saturday.