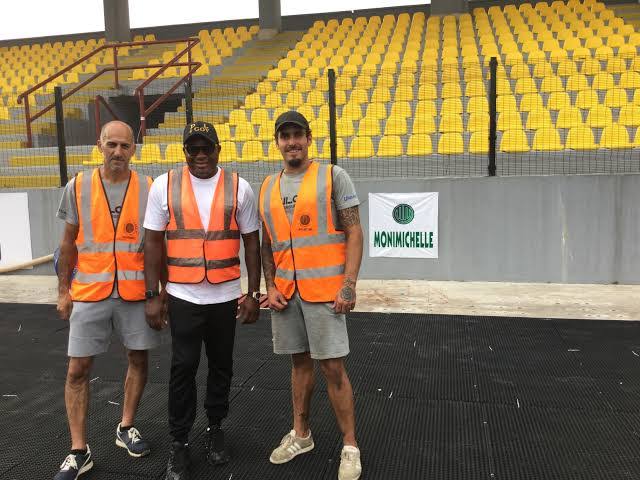 Nasarawa United goal poacher, Sunday Okereke has rated the standard of the Enyimba International pitch in Aba laid by Monimichelle Sports Company very high after his side’s 2-1 victory over Bendel Insurance in the AITEO Cup on Saturday.

The attacker who has scored three goals in two games at the Aba turf, noted that the pitch is fantastic and favours his style of play whenever he features there.

“It’s a very good pitch where I score which favours me. A perfect one and very nice,” Okereke said.

Also collaborating Okereke, strike partner who got the spot kick that gave victory to his side, Chinedu Ohanachom said playing on the pitch enhanced his performance.

The highly revered Monimichelle has been the face behind the beautiful Hybrid turfs we see around the country today such as Samson Siasia Stadium, Enyimba International Stadium, Mobolaji Johnson Arena and Mohammodu Dikko Stadium.

Monimichelle who has been in the business of sports for over twenty years as a FIFA Licensed Football Agent /FIFA licensed Match Agent has no doubt has shown class as his services and products are world standard.