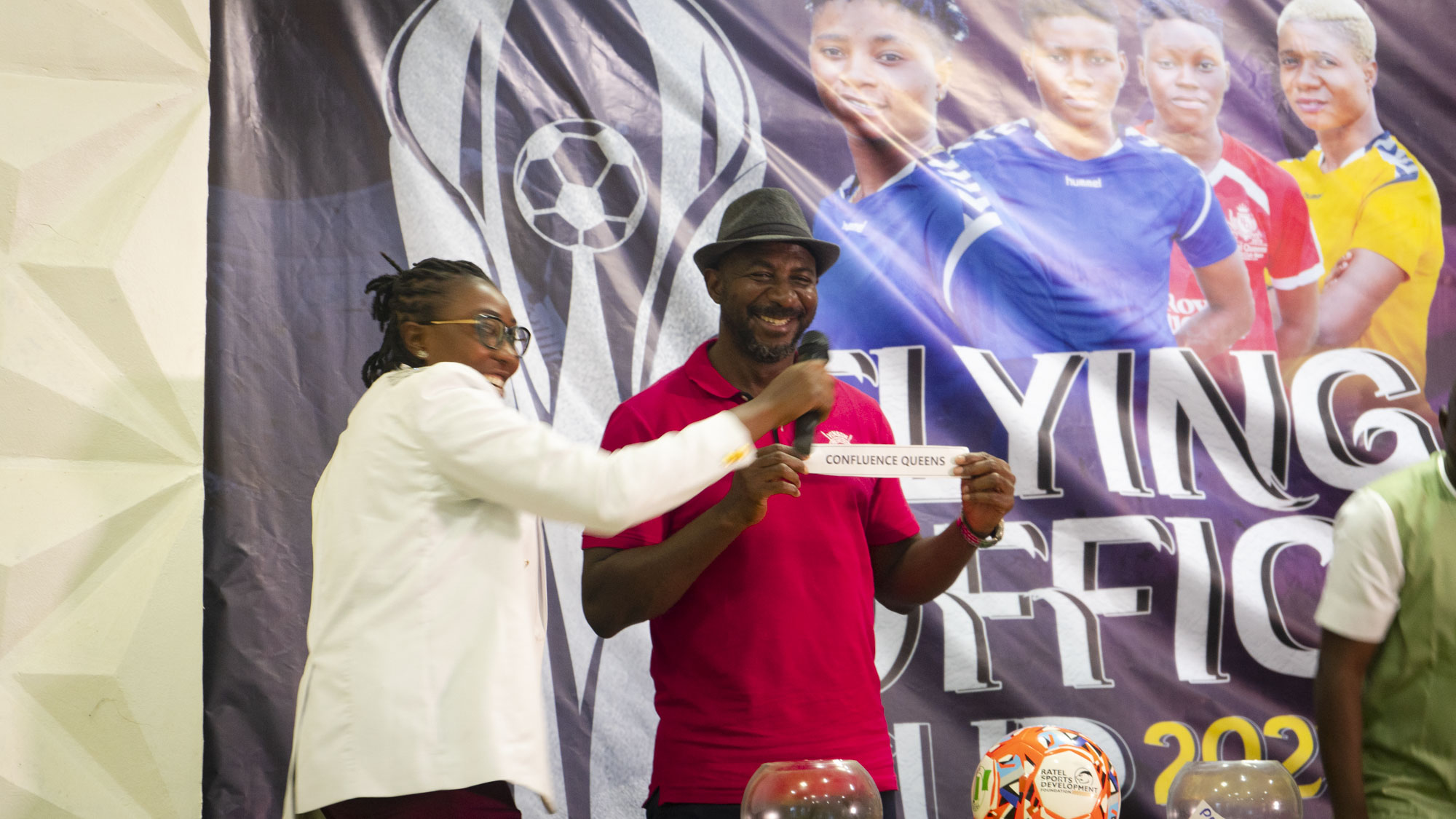 The 16 teams, which comprises of teams in Nigeria and neighboring country Ghana were today drawn into four different groups which will compete for honours from the 10th to the 24th of October 2021, at the Federal Capital Territory (FCT), Abuja.

The tournament which was formerly known as Ratels Pre-season Championship was re-named the Flying Officers Cup to celebrate and immortalize the late Flying Tolulope Arotile, whose remarkable Achievements and impactful story of bravery, courage , heroism and gallantry has continued to provide a beacon of hope and inspiration to many girls who aspire to achieve their dreams regardless the challenges that exists in their quest.

Speaking at draws, Chairman Ratels Sports Development Foundation, Barrister Paul Edeh urge the football community to embrace further quotas to increase the number of women in decision making roles in order to help secure the future of the game.

“We have been responsibly preparing for this wonderful event and have done our best for players and everyone coming down here for the Pre-season Championship to immerse themselves in the atmosphere of splendid football feast and of course we hope they will enjoy their stay here in Abuja.

The time for talking has stopped. We must move on and start to make impact in the development of women’s football.

Today, I urge the football community to embrace further quotas to increase the number of women in decision making roles in order to help secure the future of the game.

I am extremely proud that FIFA, the world governing Football body has implemented more positive policies to promote gender equality and foster sports through education in women’s football.”

The official ball for the tournament was revealed featuring various colours and pictures variant of Tolulope Arotile and logo of Ratels Sports Development Foundation.