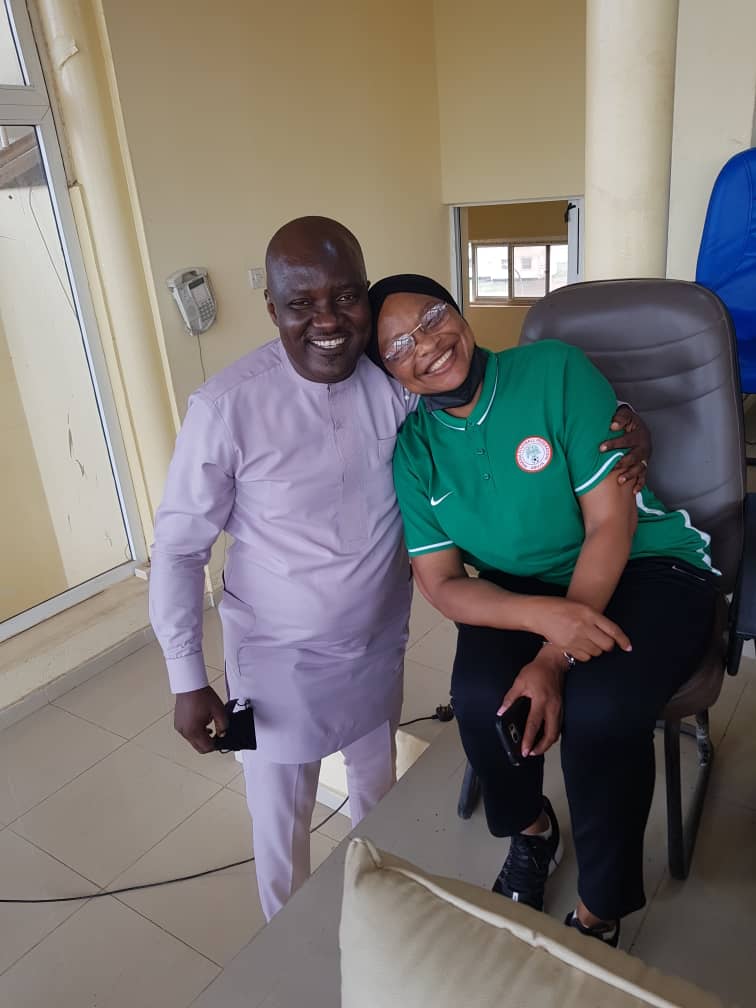 Sworn enemies have dropped their weapons, war zones have become graveyards, gunshots have become goals, bullets have become balls as the NWFL Super six is daily uniting stakeholders of the beautiful game, who have all agreed to bury the hatchets for the sake of Nigeria football.

For many months, leading to years, Christopher Green, a strong admirer and promoter of Aisha Falode, felt betrayed and stayed meters away. He was at the forefront of the protest against the Super 6 holding in Ijebu Ode but on a day when Rivers Angels pummeled Bayelsa Queens in a local derby, Green was all smiles and went in search of Falode.

The hug was full of life and assurances, the laughter came from a clean heart and for every word he muttered, it dropped from a mouth full of remorse and regrets.

” Why fight a woman i nurtured? Why join the enemies to destroy a castle I painstakingly built? Why involve myself in the killing of a daughter that once called me father”?

These questions crept through his mind as he looked into the eyes of an innocent woman who holds no grudges. A woman who has done her best to thrive where others failed. A woman who has brought perfection, panache and style to the women’s game. Out of the little resources available, she has done great things.

Standing beside Green was Chief Boma Iyaye, the commissioner for sports in Rivers state. He showered praises on Aisha Falode for her efforts and encouraged her to keep doing her best for the good of the game.

Like Green, Aisha was a member of the old order, both have invested their passion, time and money in uplifting Nigeria football and both certainly have legacies that will not be forgotten.

Aisha Falode appreciates the criticisms and has promised to improve where need be but in all humility, she pleads for the support of all and sundry in this difficult task of repositioning women’s football in Nigeria.

She has started on a good footing, she looks destined for the very top of a career that men dominates. She is not ready to make enemies, rather she is inviting everyone to the party. Let’s join hands to do it right she pleads.