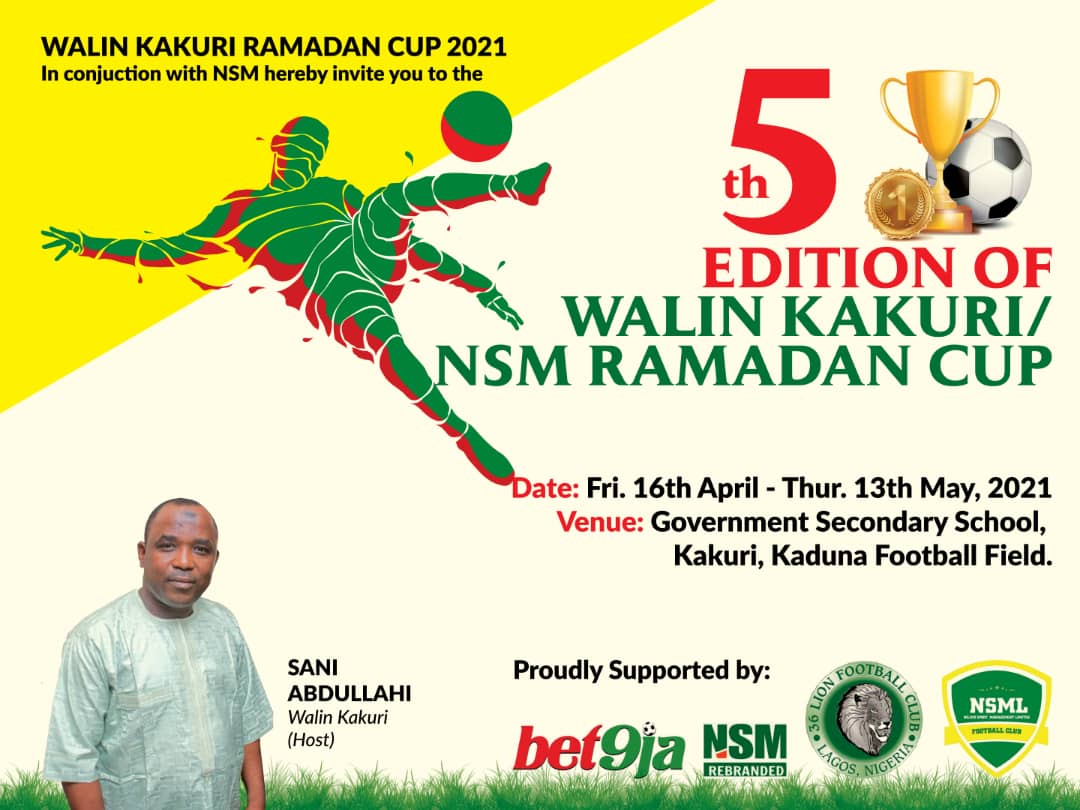 The Chairman, CEO of Bet9ja, one of the sponsors of this event, said but for his very tight schedule, he had wanted to watch the final of this competition but that he has sent two of his trusted coaches to Kaduna to watch the matches and recommend possible players that could be snapped up by the club for the ongoing NNL campaign.

Chairman and owner of 36Lion Football Club, Hajj Gafar has already planned his trip to Kaduna next week as he hopes to watch the semi final and final matches of the competition.

So far, Kaduna fans have been treated to top class football action with over five matches played in a competition that is getting lots of plaudits from key stakeholders.

Earlier on Sunday, YMCA FC and FC Porto drew goalless after extra time with Porto winning on penalties by four goals to three.

The competition continues on Monday with some mouthwatering fixtures on the card.