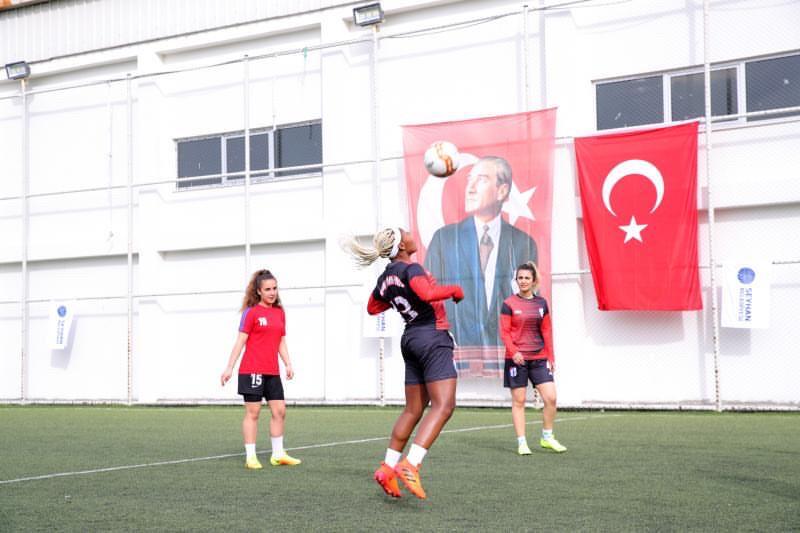 Super Falcons new invitee, Ramat Abdulkareem is very grateful for the exposure and positives football has impacted in her life.

The Kogi born player plies her trade as a professional football player in Turkey.

According to the former Adamawa Queens and Confluence Queens enforcer she was once a professional dancer.

“I was once a professional dancer hence my dexterity during my initiation process, I was very comfortable,” the flamboyant Ramat stated.

“My mother had insisted that she wanted Football to Dancing, I was a promo dancer for Indomie and the likes. I am happy to have switched to her choice.”

She admitted that football is a powerful tool that brought her fame.

“I was thrilled when the Governor of my State, His Excellency Yahaya Bello got in touch with me, not to also mention the Prince of my village who sent congratulatory messages to me for the call up I got to the Super Falcons.”

She explained that the support she has gotten from Kogi State has been overwhelming.

“I am working towards giving back to my people at home. All these positive activities and attention came to me because I play football.”

Ramat also hinted that she hopes to switch club sides soon to a bigger and more competitive league.

It will be recalled that the midfielder was a last minute replacement as some of the players invited for the Turkish Women’s Cup pulled out for varying reasons.

The Super Falcons have already picked six points at the 2021 Turkish Women’s Cup, following wins over CSKA Moscow and Uzbekistan.