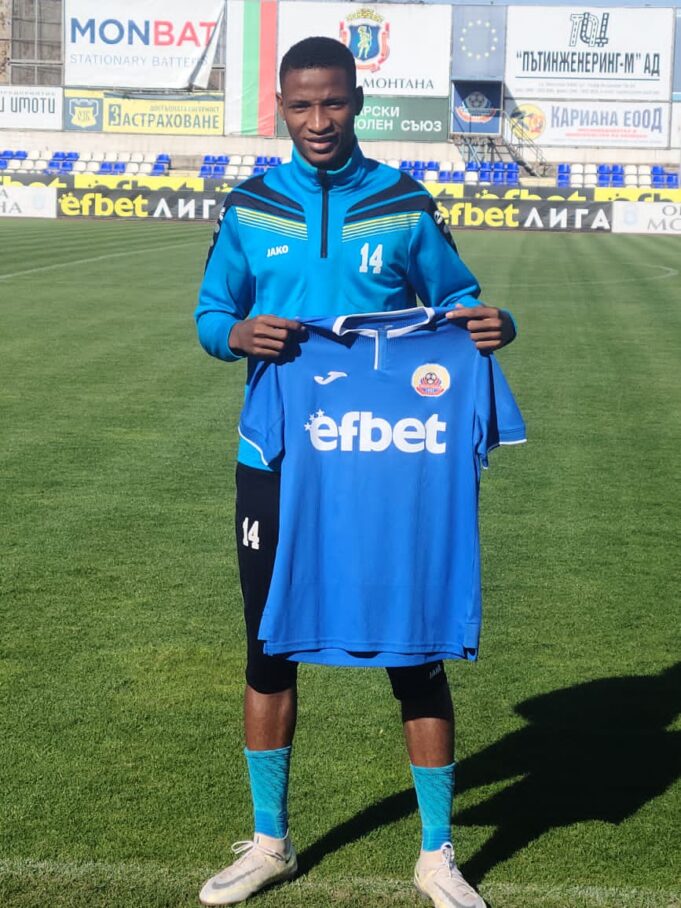 PFC Montana of Bulgaria youngster, Kelechi Success Onwugamba, has been invited to join up with the Flying Eagles as they continue preparations for the 2023 TotalEnergies U-20 Africa Cup of Nations.

The competition will hold from February 19 to March 11 with the top four teams qualifying for the U-20 World Cup in Indonesia.

Success, 18, has already received his invitation from the Nigeria Football Federation (NFF) and will arrive camp at the weekend.

The player scored 19 goals for Mavlon in 2022. Seeing his good performance, Montana signed the young lad to boost their team.

His technical ability is largely fantastic. Despite often receiving possession with his body too square to the ball, his ability to spin and open his posture up is great, as is his awareness to make first-time layoffs and combine with close-by team-mates.

He has the ability to score with both feet and possesses an impressive calmness in 1 on 1 situations. His shot placement is very good, often able to find the corners even when off-balance or under pressure. The key to him finding good shot locations is his constant movement off the ball when playing off the shoulder of the defender and his intuitive ability to anticipate and find space in the penalty area.

Kelechi Success Onwugamba retains possession well by using his body to shield the ball from defenders and is a strong, powerful runner so rarely gets outmuscled.

The youngster is expected to make a lasting impression in the Flying Eagles camp.