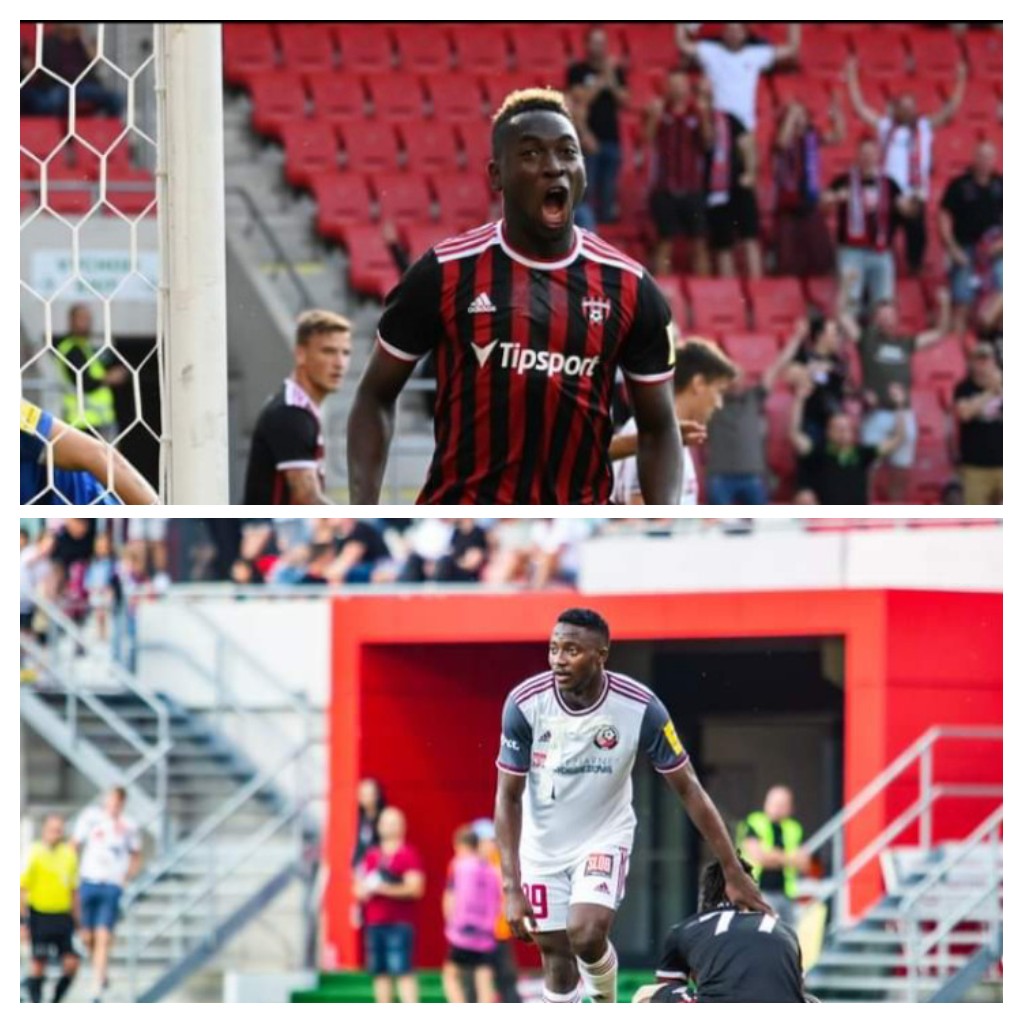 It was an exciting moment in slovakia as two Former teammates of Obazz Football Club of Lagos, Bamidele Yusuf and David Cobnan Moses tackled each other in a fierce battle in the Slovakia Super Liga played on Sunday evening.

21-year- old Striker Bamidele Yusuf does business for Spartak Trnava while 19-year-old David Moses Cobnan lace his boots for FK Zeleziarne Podbrezova on the night and they both put up a brilliant performance for their teams as both pacy strikers scored the only goal for their teams in a game that ended in a 1-1 draw.

It was an intriguing 90 minutes of football with Bamidele Yusuf getting the first goal of the encounter in the 7th minutes and also opened his goal account of the season.

Meanwhile, Moses Cobnan formerly with SK Sered before he linked up with Podbrezova would be the hero for his team after he came on in the 46th minutes to ensure that they don’t return empty handed as he netted the equalizer on the 84th minutes after he brilliantly carved out the pass from Peter Kovacik into a lethal strike that brought about an equalizer.

The draw moved Podbrezova up to 5th on the Super Liga table while Spartak Trnava sit below on 6th position on the table.