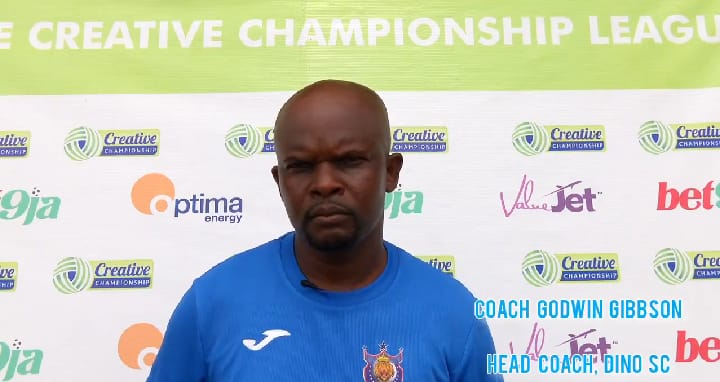 As de matter bust coach Gibson brain reach na so en come come tell tori people for correct english say, ”It was a well contested game and I don’t know what to say .”

“I’m very impressed with the players. We conceded a goal in the first half and they came back ,and kept fighting until we got the equalizer.”

“It was a very good performance. We created many chances, but couldn’t finish them. However I thank God that we managed to pull through at the tail end.”

“I still have confidence in the boys because we have a very good goalkeeper and we practice penalty in training session every day.”

“We knew what he can do on his days. We talked to himⁿ before that we we’ll win the game, if he save at least two, but he went on to save three. So I have confidence in him.”