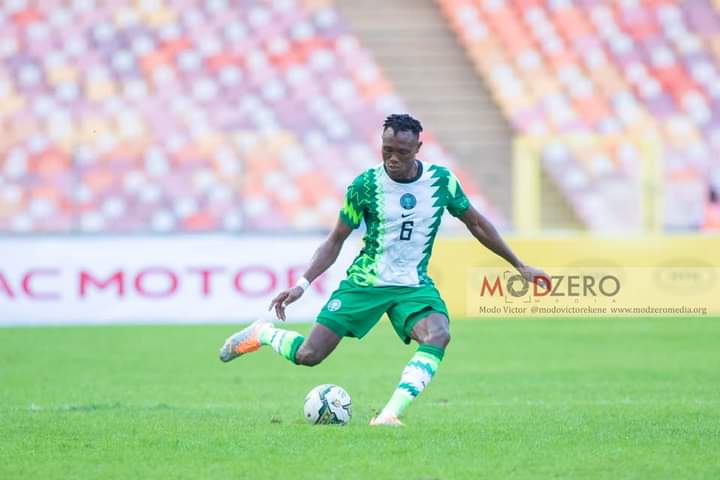 Prospective Naft Al-Wasat Sports Club signing Samson Gbadebo has looked ahead to “a new chapter” ahead of his transfer from Akwa United.

The Iraqi club has finalized a 10-month deal with the defender, subject to a medical and player terms being finalised.

Gbadebo, 25 is departing after three years with Akwa United, in which he has helped them win the Nigeria Professional Football League title.

“These last few days have been charged with many emotions, feelings that I now want to share with all of you,” he remarked to Akwa United family

“After three incredible and wonderful years at Akwa United a club that I will always carry in my heart, the day has come to say goodbye.

“Since I arrived in 2019, together we have exceeded all expectations and achieved things that I could never have dreamed of. I would like to thank all the coaches and all the people who work or have worked at the club for everything they have done for me.

“Many thanks also to all the Akwa United fans who always gave me a lot of affection and with their great demand they pushed me to give my best and fight for every success.

“I have had the honour of sharing a dressing room with the best players in the Nigeria Professional Football League.

“Finally, I want to thank all Elder Paul Bassey and especially to the city of Uyo. The place will always be special to me.”

Samson Gbadebo said it had been “an incredible journey in every way” and that he was leaving “with the feeling of having given everything and I will not change a single thing in this story of ours”.