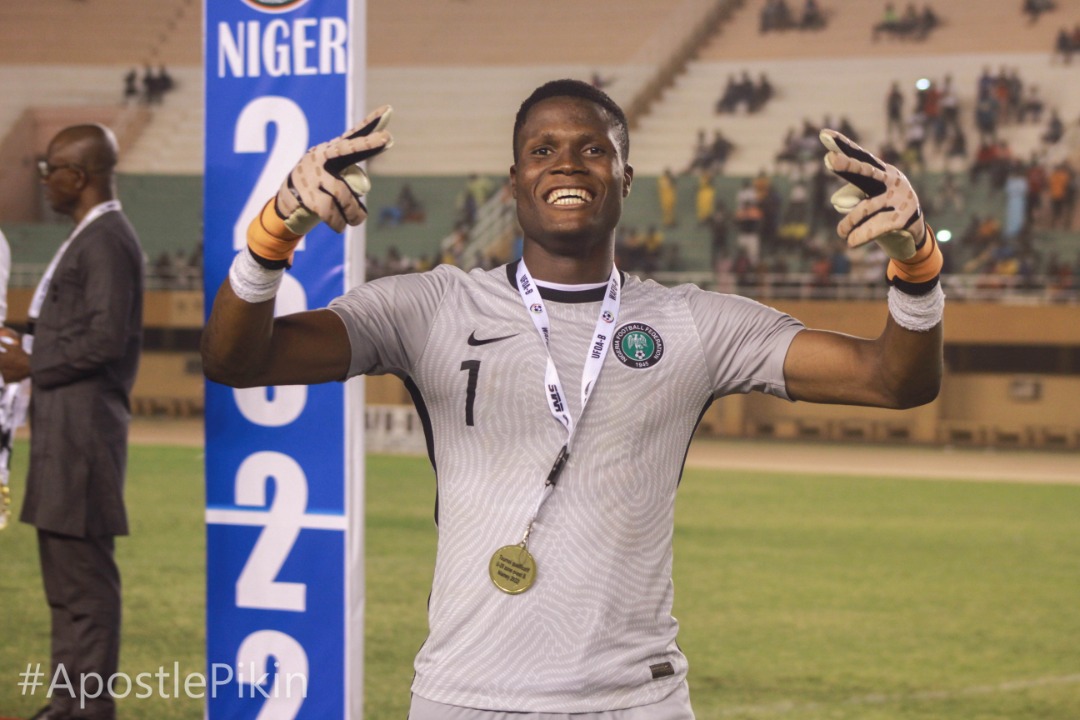 Posted By: Grace Johnon: May 21, 2022In: NewsNo Comments
Print Email

The young shot-stoper made this disclosure after guilding the Ladan Bosso’s tutored side to a 3-1 victory over young Squirrels of Benin Republic in the final of the WAFU U20 Championship played in Niamey on Friday.

An elated Nwosu said after game : ” Happy birthday Petr Cech, I’m happy you are adding another year on a day I’m winning a trophy.

“You have been my role model since aged five and I’m dedicating this trophy to you . Happy birthday my hero”

Nwosu has been likened to the former Chelsea and Rennes goalkeeper by the fans, due to his calmness and leadership qualities between the sticks.

Nathaniel Nwosu who is currently one of the best young goalkeepers in Nigeria can emulate the former Czech Republic international who spent 11 years in west London between 2004-2015, before joining London rivals Arsenal.