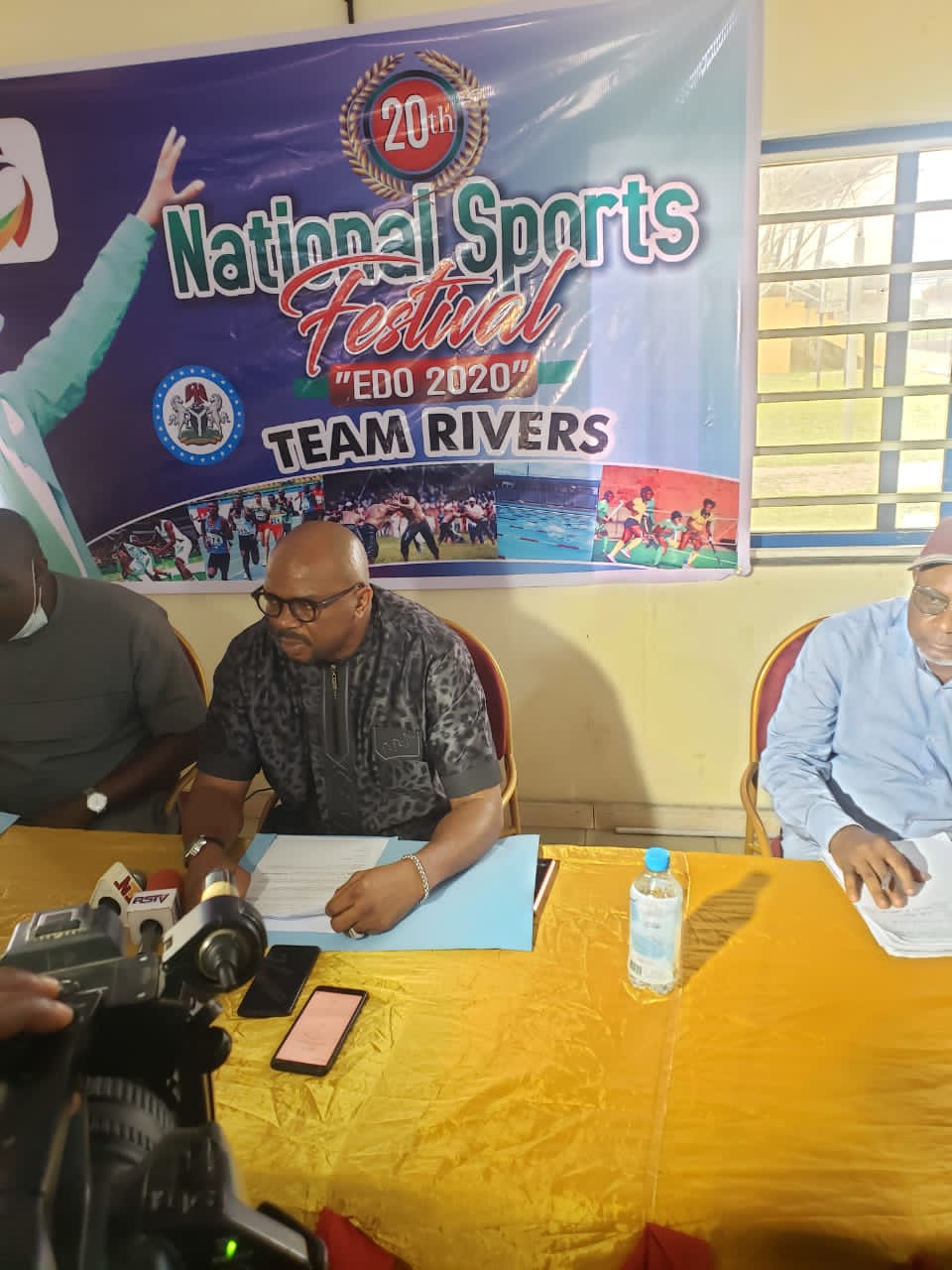 The government of Rivers state has expressed confidence that its contingent to the 20th National Sports Festival tagged Edo 2020, coming up later this month will excel.

Commissioner for sports in the oil rich state Boma Iyaye during a press briefing today as the state continue to put finishing touches to their preparations for the multi sports event said the government is doing everything humanly possible to ensure that the Athletes will not lack basic motivation.

In his speech, He said “Rivers state has always participated in all editions of the National Sports Festival since the inception in 1973, we have hosted two editions in 1988 and 2011 respectively”

The commissioner added that “In recent past, we have been a major contender during the 2011, 2012 editions, it’s our commitment and desire to maintain the BAR in the Edo 2020 edition, in spite of the several postponements”.

Boma Iyaye stressed that the support of the state Governor, His Excellency Nyesom Wike has been tremendous, He said his interest in sport gives credence to his intention of unifying the state through youth empowerment and his will to tackle youth restiveness.

For the multi sports event, Rivers state is going to Edo with 434 athletes and 144 officials to compete for Honours in 29 sports.