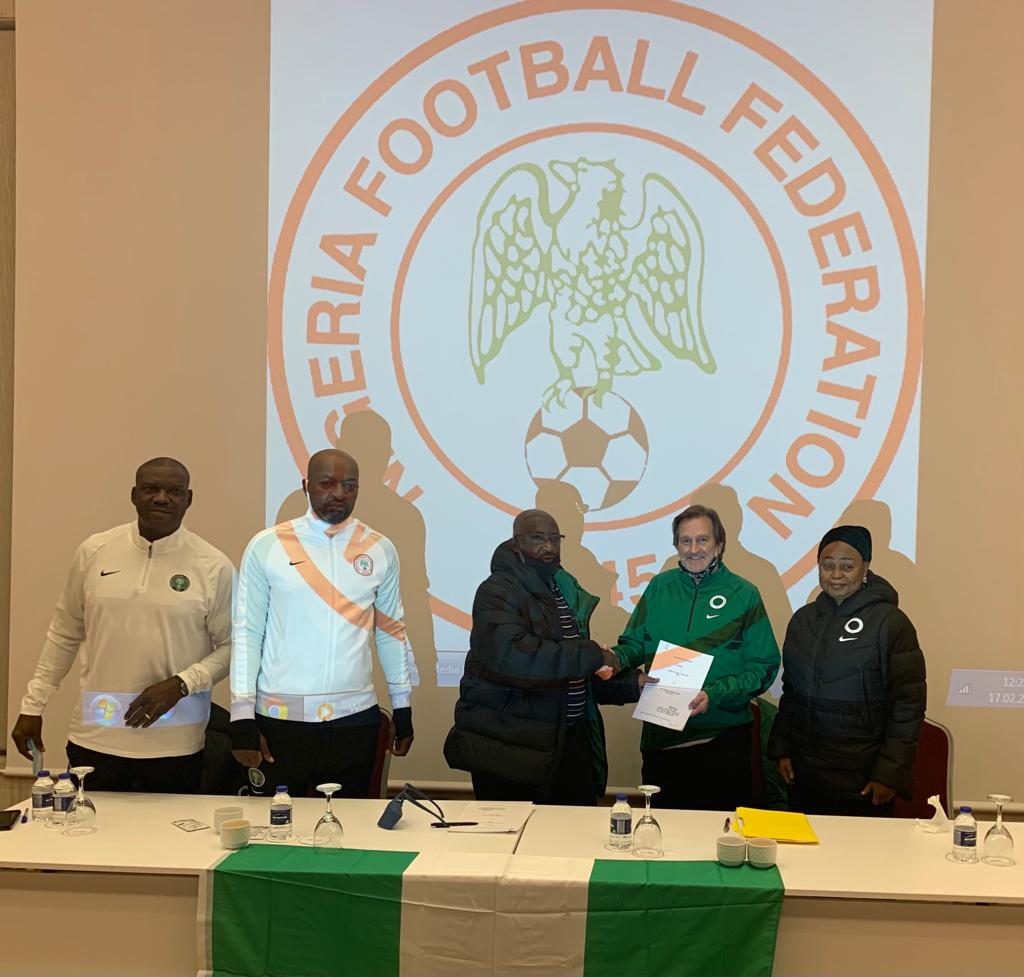 New Head Coach of the Women’s National Team of Nigeria of Nigeria (Super Falcons), Randy Waldrum, on Wednesday signed his contract with the Nigeria Football Federation, as he started his work with the nine-time African champions. The simple ceremony took place at the Super Falcons’ Emir Hotels abode in Antalya, Turkey.

President of the NFF, Amaju Melvin Pinnick, affirmed the belief of the football-governing body in the ability of the 64 –year old American to propel the Super Falcons to a higher level in women football’s global ranking.

“We believe that Mr Waldrum is the right man to take the Super Falcons from where the team presently is to that higher level that we want it to be. We have been champions of Africa on nine occasions and it is time that we move up to competing stoutly for honours at global level.”

While dislosing that Waldrum would be officially unveiled at a ceremony as soon as he is in Nigeria, Pinnick also charged the General Secretary to endeavour to invite credible businessmen to have sessions with players of the Super Falcons any time they are in camp, with a view to guiding the players on how to invest wisely.