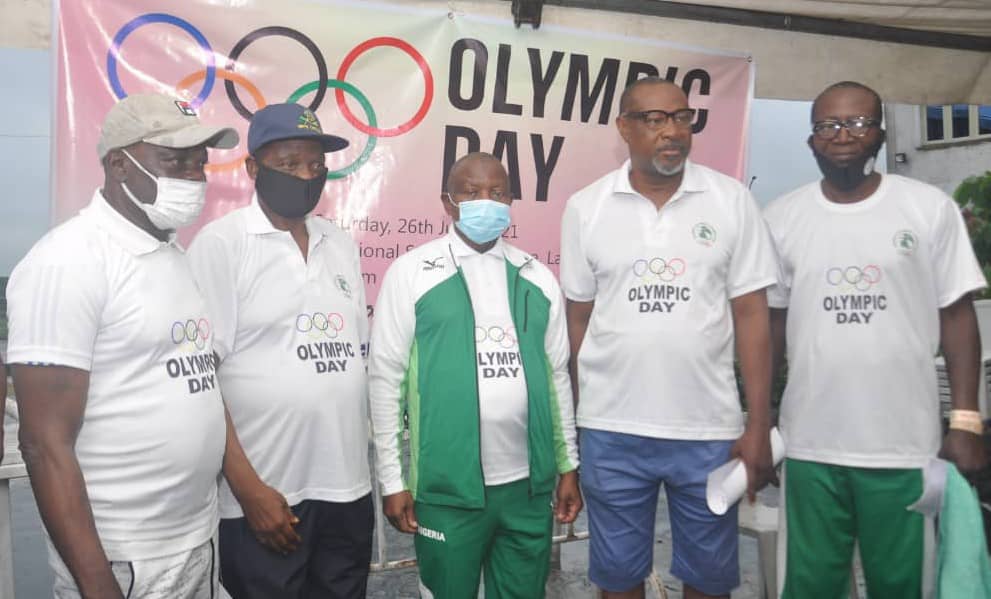 NIGERIA JOINED OTHER COUNTRIES TO CELEBRATE THE OLYMPIC DAY

“Today, we of course celebrate the joy of sport and remember the creation of the modern Olympic movement, by our founder, Pierre de Coubertin. But on this Olympic Day, when the entire world has been facing the same struggles and fear because of the global corona virus pandemic for far too long, the power of sport to bring hope and optimism takes on an even greater significance. The Olympic Games will demonstrate the lesson that we have all learnt from the corona virus crisis; we need more solidarity, more solidarity within societies and more solidarity among societies”, Gumel concluded.

Participants were involved in a keep fit exercise as part of activities to mark the day.