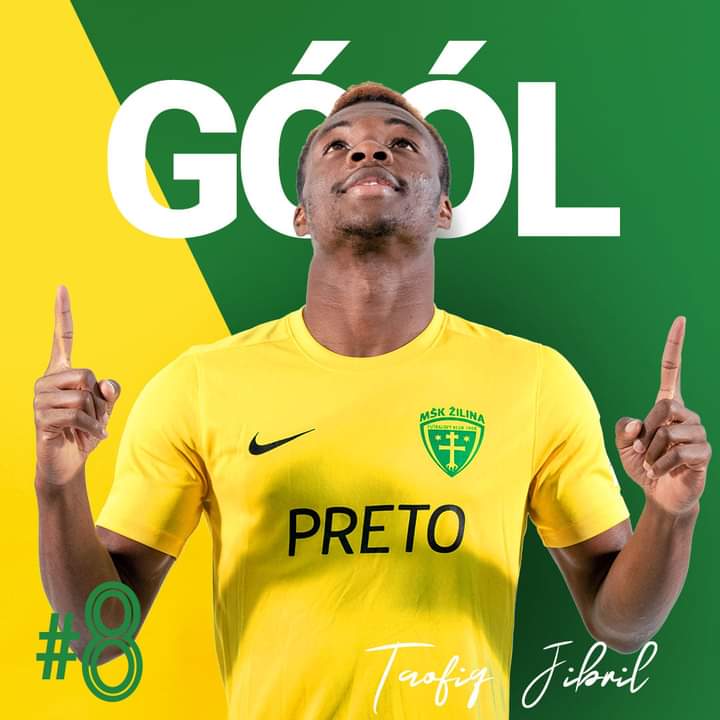 Nigerian striker Taofiq Jubril who currently plies his trade with one of the top Fight Club in Slovakia MSK Zilina football club has shown interesting brilliance in the field of play so far.

The 23 years old skillful forward subjected his opponent DAC football club to almost a total loss their 3points as his equalizer at the 47th minutes sealed the deal of a fair share of spoil away from home for his team MSK Zilina.

The former Valadares Gaia FC player who scored his debut goal in the last Super Liga game against Zlate Moravce which ended in a 4-1 victory for his team Zilina is indeed carving a progressive niche for himself in Slovakia.

MSK Zilina remain third on the log with 34 points as the race for top three tightens up in the Slovak elite Liga.