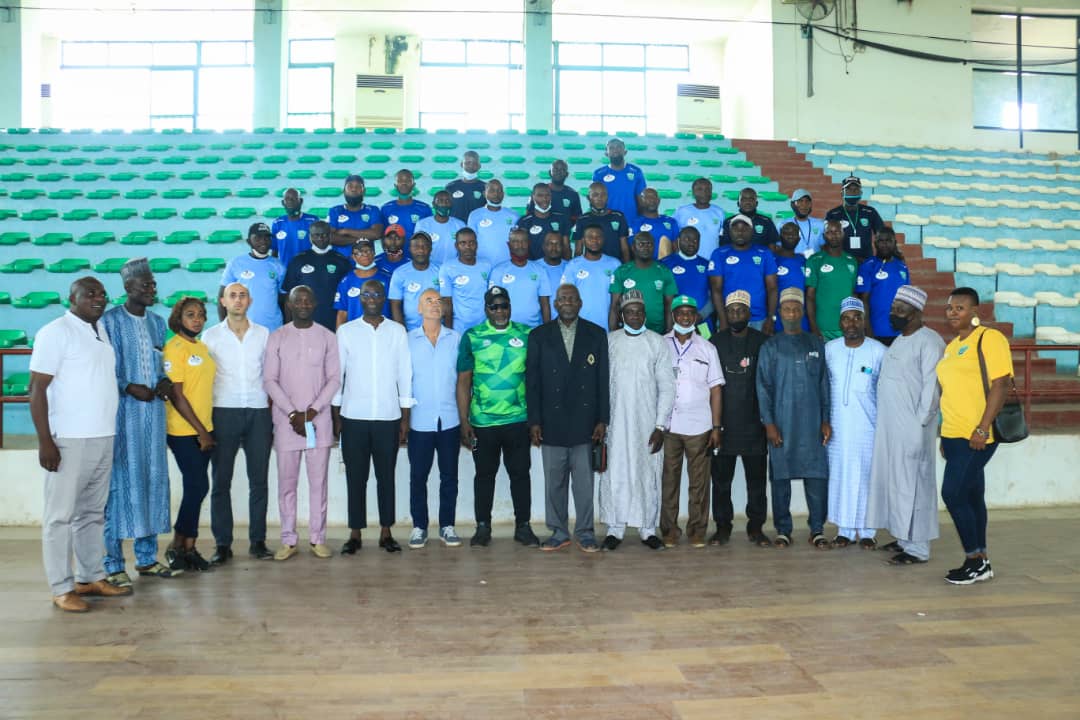 Nasarawa State Government has commended the organizers of Berackiah/Abigol Football Coaching Clinic for the initiative which it said will develop the capacity and competence of football managers.

Speaking at the opening ceremony of the clinic which held at the Lafia City Hall, Honourable Othman Bala, the commissioner for Youth and Sports in Nasarawa state assured the organizers the support of the state government towards the success of 5-day clinic.

He noted that the clinic came at a better time when the state is now finding its bearing in sports development upon which it has designed policies aimed at changing the narratives for good with priority on capacity and competence.

“I believe with the depth of technical input of this programme, it will bring about career progression and add value to the coaches and the players, Othman said.

He further added that, “We have been left behind but we’re lucky that we haven’t lost focus. We have now find our bearing and we are going to partner with you as a state sovernment.”

In his remarks, the Executive Board Member of Nigeria Football Federation, NFF who also double as Chairman of Nationwide League One (NLO) Alhaji Muhammed Alkali revealed that the clinic with its partnership along with the board is aimed at impacting modern knowledge on the coaches.

Alkali who’s also as the Chairman Nasarawa State Football Association said the NLO partnership with the clinic is a manifestation of his management policy trust in a bid to rebrand and repackage the league as a professional campaign.

“NFF has approved this clinic as part of criteria for NLO clubs and you must have the certificate to be able to seat on the bench of NLO matches, Alkali said.

Bitrus Bewarang, the former Technical Director of NFF also commended the organizers of the clinic saying that it will go along way to help football development at the grassroots.

The CEO Abigol Football Management, Mathew Olorunleke thanked the state government for the hospitality and support it has accorded the Berackiah/Abigol team.

The clinic for the North Central Zone will end on Friday 12th, February.