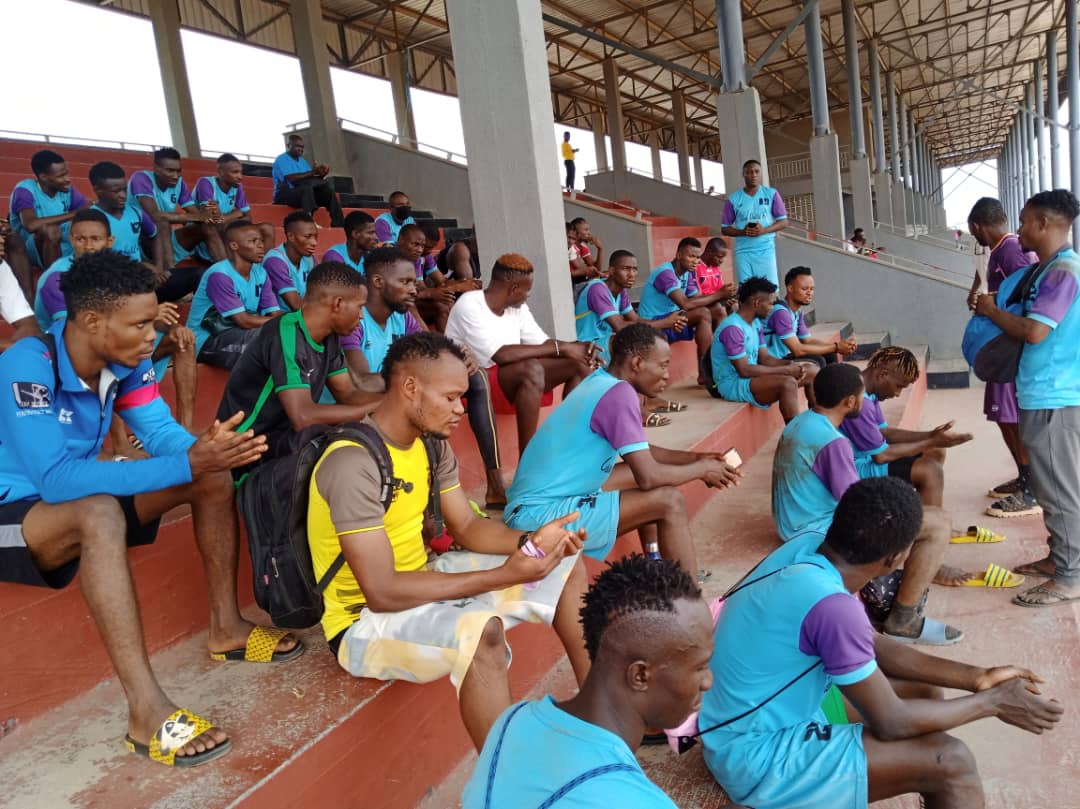 Players, technical crew and the management of Osun United on Thursday, February 11, held a joint prayer session to commit the 2020/2021 Nigeria National League (NNL) season onto the hand of God as well as for the departed soul of the club’s former President, Late Chief Taiwo Ogunjobi who died exactly 2 years ago.

The prayer session, where top echelon of the team such as the club’s President Ademola Adesina, Team Manager, Kabiru Adekunle, Head Coach Bright Omokaro (MON) among others were present took place at the Osogbo Township Stadium immediately after the team’s last training for the league opener against Go Round on Saturday.

Chief Adesina who described late Chief Taiwo Ogunjobi as an icon, extolled the virtues of the Ijesha-born football technocrat and lauded his legacy in Osun and Nigerian football community.

The former Super Eagles mercurial midfielder similarly remembered his colleague while playing for the national team, late Yisa Sofoluwe who also passed away recently and prayed God to take care of the families of the deceased.

“We cannot write history of football in Osun and Nigeria without the contributions of late Taiwo Ogunjobi because he lived all his life for football while his name rang bell until the last day. This is why we organize this prayer for him, his family and to also commit our journey in the 2021 NNL onto God’s hand for a safe trip, successful and injury-free season.

“I similarly remember my friend, Yisa Sofoluwe whom we played together for the national team and stayed together in Belgium for so many years. May God forgive their shortcomings and take care of everything they left behind,” prayed Chief Adesina.

Highpoint of the session were Islamic and Christianity prayers led by Adewale Ademola and Arinze Okoro respectively for Late Taiwo Ogunjobi and his family, Late Yisa Sofoluwe and his family as well as for the entire Osun United for a resounding success and injury-free NNL season.