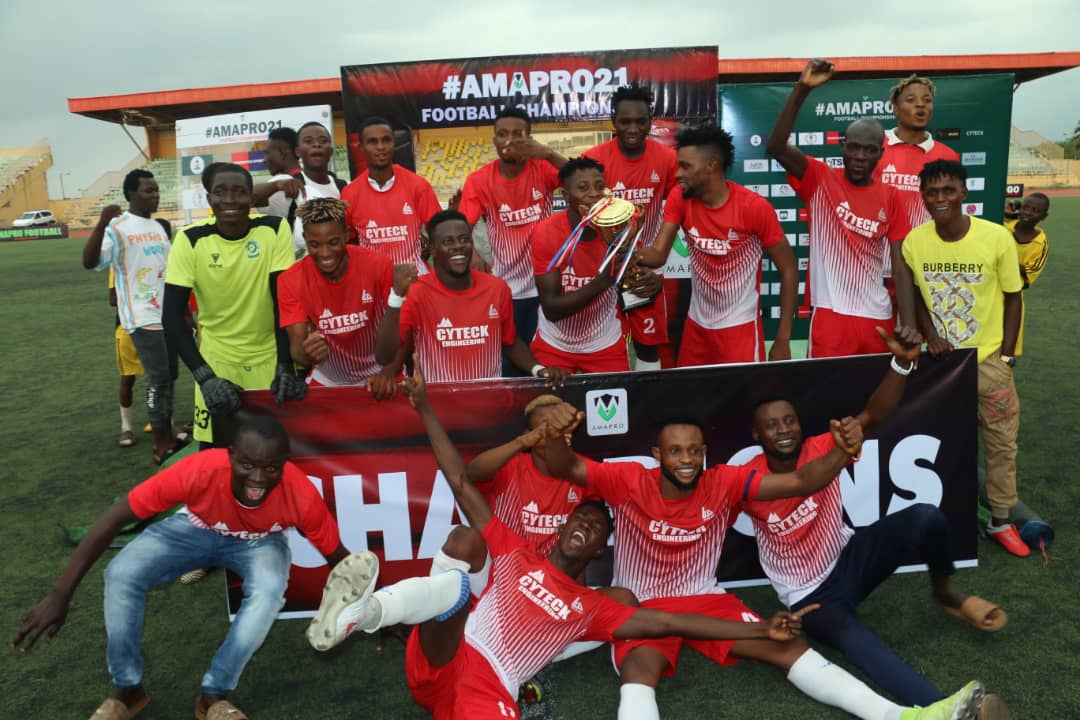 NNL All Stars were crowned champions of the 6th edition of Amapro Football Championship after they defeated Abraysports 4-2 on penalties.

The full time score stood at 1-1 even as both teams tried to outwit themselves while trying to take their chances during the game.

Abraysports had the better of the match as they dominated play creating several scoring chances in the first stanza.

Obadun Abdulrasheed jumped highest in the area to nod home the opener for Ilorin based Abraysports on 30 minutes.

Ibrahim Hameed curled the ball beyond the wall and it rested at the back of the net for NNL All Stars’ leveller.

All Stars dominated play in the second half and should have won it but the Abraysports defence were solid keeping their lines.

Both teams then had to decide their fate via penalties after the referee signaled end of the game.

The end result saw the NNL All Stars winning the game 4-2 on shoot out, thus claiming the trophy of the 6th edition of the Amapro Football Championship.

NNL All Stars’ Innocent Christian was voted King of Amapro Football Championship while ABS FC goalkeeper Nasiru Toheeb was picked as Prince of the competition.