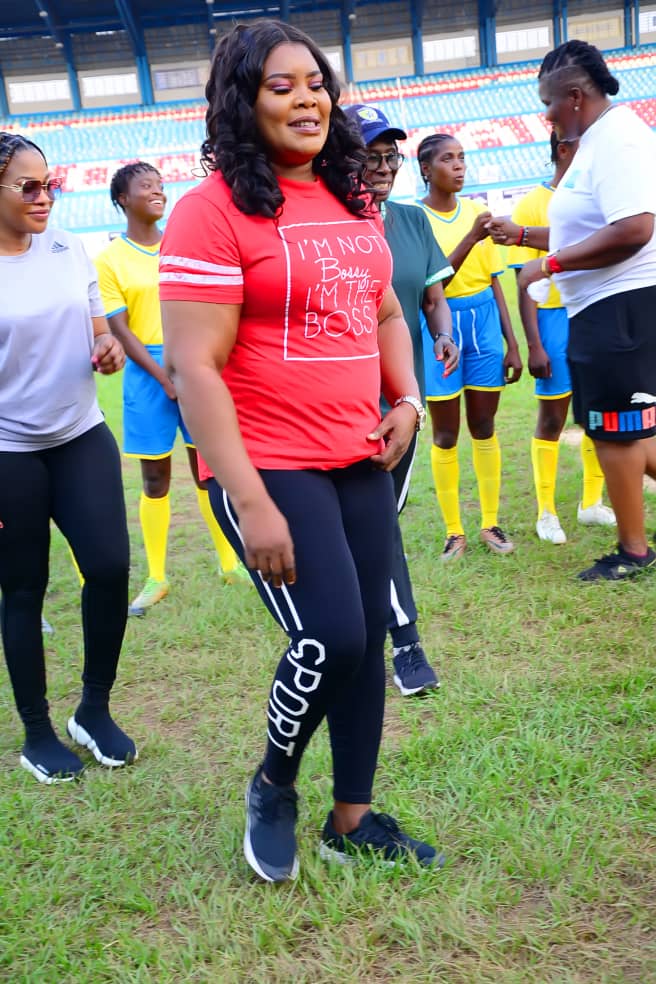 Nigeria’s Nollywood star, Phil Daniels Aniedo has thrown her weight behind the empowerment of youth through women’s football following her support to the ongoing Ifeanyi Chiejine Memorial Cup in Asaba, Delta State.

With many young girls turning international stars in over three decades in the country, actress and television personality, Daniels has underlined her quest for youth and girl child empowerment through the women’s game.

“It’s good to empower our youths and help them discover their talents as well as encourage them. By doing that, the world will be a better place.”

The Anambra-born Nollywood actress opened up on her attraction to women’s football.

“Former Super Falcons goalkeeper and Ifeanyi Chiejine teammate, Judith Chime motivated me to attend this event as a very good friend. When she invited me to this Late Ifeanyi Chiejine Memorial Cup, I was surprised,” Daniel continued.

“Surprised because I have never heard about late women’s football legends being celebrated. For the first time, something like this is coming up, I decided to attend no matter my tight schedule.

Ezeonu was accompanied by other actors like Daniels, Amar Ignis, and Ken Odurukwe.

The group stage of the tournament is expected to end on Sunday after Saturday’s rest day.

Imo Strikers and Delta Babes have already qualified for the semi-final ahead of the last group games.