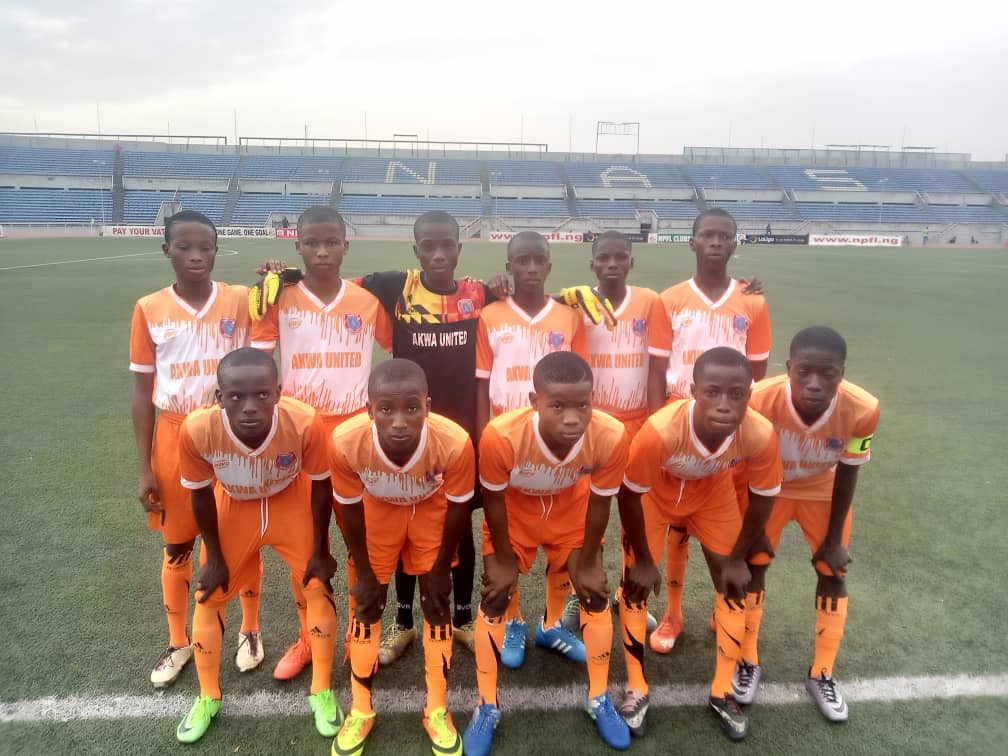 A solitary strike from the impressive Samuel Effiong helped Akwa United claim a 1-0 win in their 2021 NPFL/La Liga U15 Promises opener against Abia Warriors at the Nnamdi Azikiwe Stadium on Thursday.

Abia Warriors had the better of the play, but could not turn their dominance into three points.

According to Abia Warriors coach, Emenike Ezeugo, his boys weren’t lucky in the game.

“The boys tried and played very well. This is the first match and I can’t judge the boys. In our second match, we should hopefully pick it up from there,” he said.

“It was just hardluck, it is not easy to create chances. When you create chances and don’t convert them, then the luck isn’t there.”

“The target is to qualify from the group stage. From there, I will think about the next level.”

“I give kudos to the players for their resilience. They were magnificent and got a good result.”

“I think Abia Warriors have a good team. The last time we met, it was 4-1 in our favour. I think they have really improved. I give them a lot of credit.”

Kwara United and Jigawa Golden Stars settled for a 0-0 draw at the Cathedral.

The Harmony Boys pressed for the lead before halftime, but the teams went into the break level.

It was more of the same after the break as Kwara United continued to make all of the running. It was goalless at full time.

The last game of the day saw Enyimba forcing Dakkada FC to a 1-1 draw.

Enyimba continued to push forward in the closing stages and had a number of chances to grab a winner, but couldn’t find a way past the disciplined Dakkada FC side.

The 2021 NPFL/La Liga U15 Promises action continues on Friday with three matches scheduled to hold at the Cathedral.

Kano Pillars and Lobi Stars will face off in what is an intriguing clash. Both teams will believe they should make the next round, and so victory in this one would be a giant step towards achieving that.

The second match is between Adamawa United and Heartland.

Defending champions, Katsina United will have their hands full against Rivers United.