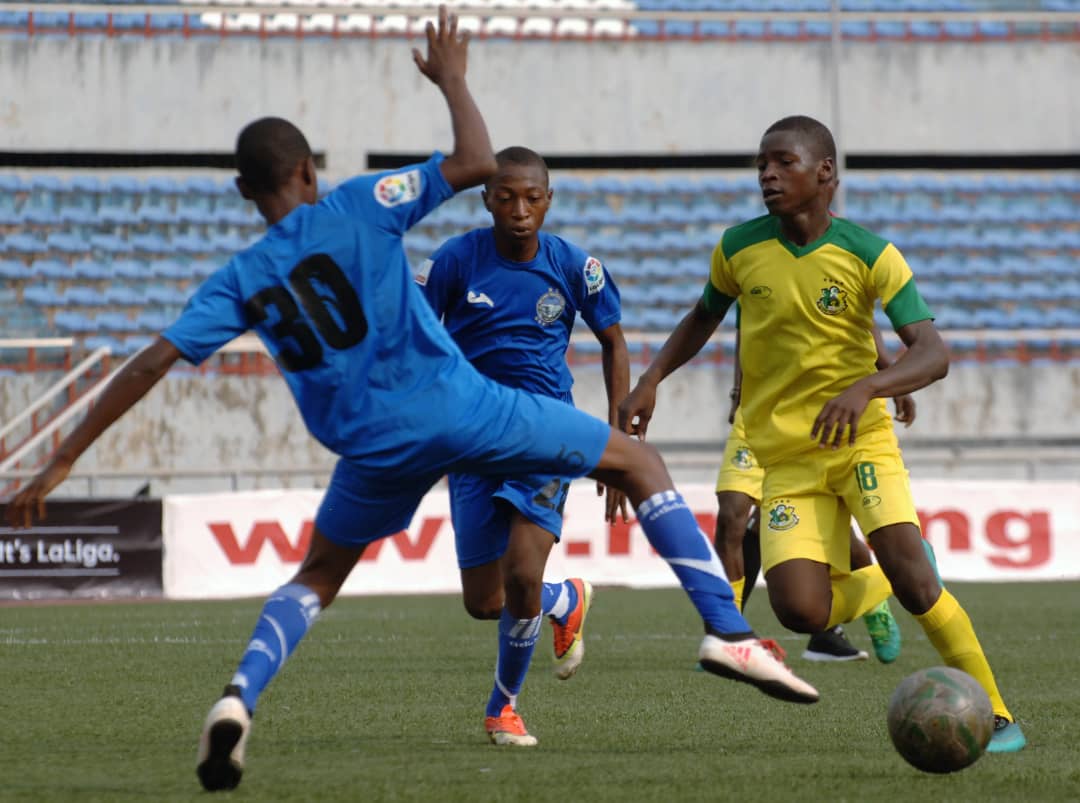 Godswill Ndaeyo scored the winner as Akwa United sealed their place in the quarterfinals of the 2021 NPFL/La Liga U15 Promises with a 1-0 victory over Jigawa Golden Stars at the Nnamdi Azikiwe Stadium on Monday afternoon.

Suleiman Shehu, Idris Khamus and Imrana Musa were on target for Kano Pillars who walloped Enyimba 3-0.

The Young Masu Gida also sealed their place in the last eight with six points from two games.

Lobi Stars forced Dakkada to a 1-1 draw at the Cathedral.

It was a match of few chances, but Victor Michael drew the first blood before Sejugh Lortyer levelled matters for the Makurdi based side.

Dakkada have picked two points from two games, while Lobi Stars have one point.

Meanwhile, Warri Wolves will hope to prey on MFM FC on Tuesday.

Topscorers As At Day 4