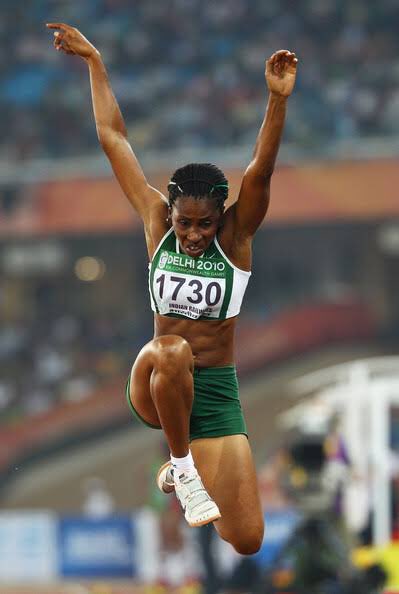 Nigeria’s commonwealth games Bronze Medalist, Otonye Iworima says she was extremely happy when she visited the camp of team Rivers as they put finishing touches to their preparations for the National Sports Festival.

Iworima, a long and tripple jumper said the level at which Rivers state has invested heavily in athletes and officials for the 20th National Sports Festival which is billed for Edo State starting from April 4 is laudable, adding that it will spur the athletes to give their all at the multi sports event.

She said “This is a befitting preparation, the standard is beyond what I have seen over the years, things have been taken to another level, it’s highly encouraging”

“Obviously the Rivers state government under Governor Nyesom Wike has spent a lot of money, it will be golden and priceless for the athletes to also make him proud, and with what I have seen as per preparations, just watch out for team Rivers”.

The 44 year old Nworima who has represented Nigeria in different events is a graduate of Applied Arts from the University of Nigeria, NSUKKA, Enugu State.

In 2006, she finished second at the Commonwealth Games and third at the African Championships, the Athletics Federation of Nigeria AFN subsequently chose her as the Nigerian Female Athlete of the Year for that feat.

In 2007, she won another bronze medal, at the All-Africa Games, now known as the Africa Games.

Rivers State will be at the festival with 435 athletes and 144 officials competing for laurels in 29 Sports.