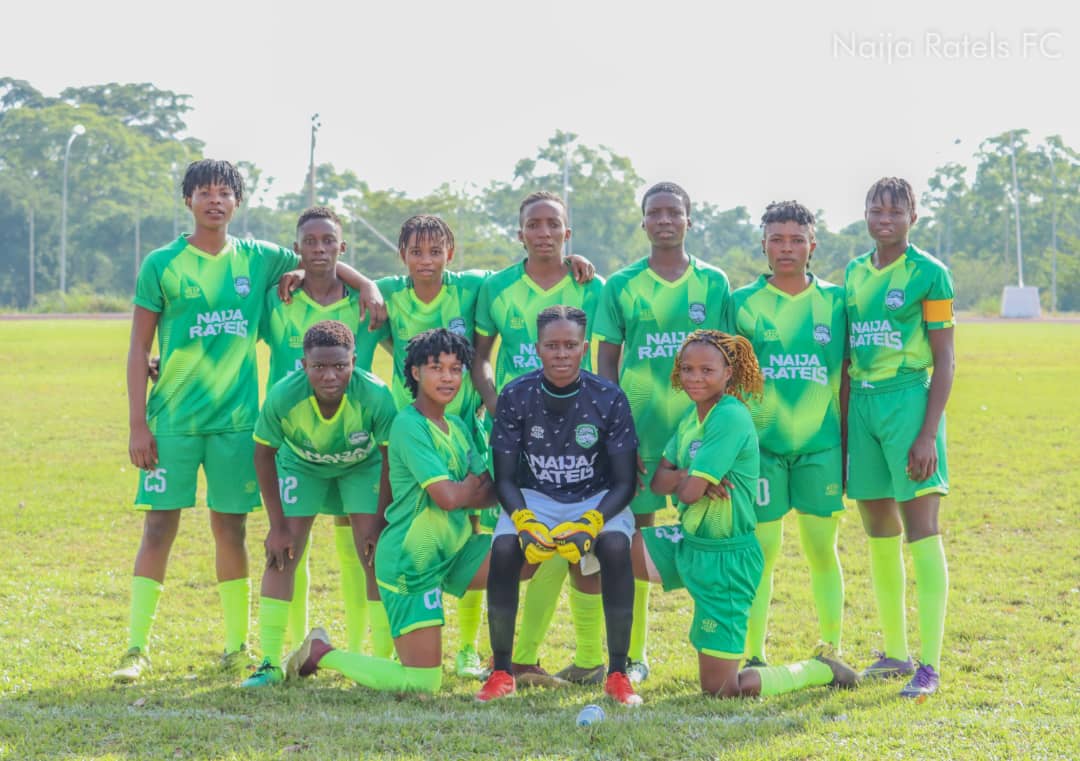 An Emmanuel Blessing brace and goals from Aminat Bello and Folorunsho Aminat gave Naija Ratels a comfortable 4-0 win against Kwara Ladies on Saturday evening, as Bankole Olowookere’s Ladies earned themselves top spot on the log.

Ratels started the game on a promising note, finding their feet and dominating proceedings as Kwara Ladies Goalkeepeer Bashirat Onagun kept preventing them from scoring the opener all through the first half. The ‘fearless’ Ratels eventually opened the scoring in the 50th minute, when Emmanuel Blessing nodded in a long cross from left full back, Iheoma Chinyere.

Matters were made worse six minutes after, when Emmanuel Blessing got her brace, by looping a well curled ball, over the goalkeepeer, Bashirat Onagun to make it 2-0.

In the 81st minute, Aminat Bello took Orshio Paulina’s lay off from the left, before unleashing a venomous curling strike into the bottom corner, before Folorunsho Aminat, made it four goals in the 83rd minute.

The dominant win put Naija Ratels ontop of the NWFL Championship log after two wins in two games and will meet Gallant Queens on Sunday evening.

Animashaun Aishat (RB) – 6/10 – Came in as a substitute in the first game and scored a beauty of a goal. She replaced Adenike Olonilua in the game against Kwara Ladies and did well.

Alua Chioma (FW) -6/10 – The bullish striker was all over the place, but failed to hit target. She was caught offside couple of times and lost a one-on-one with Bashirat Onagun.