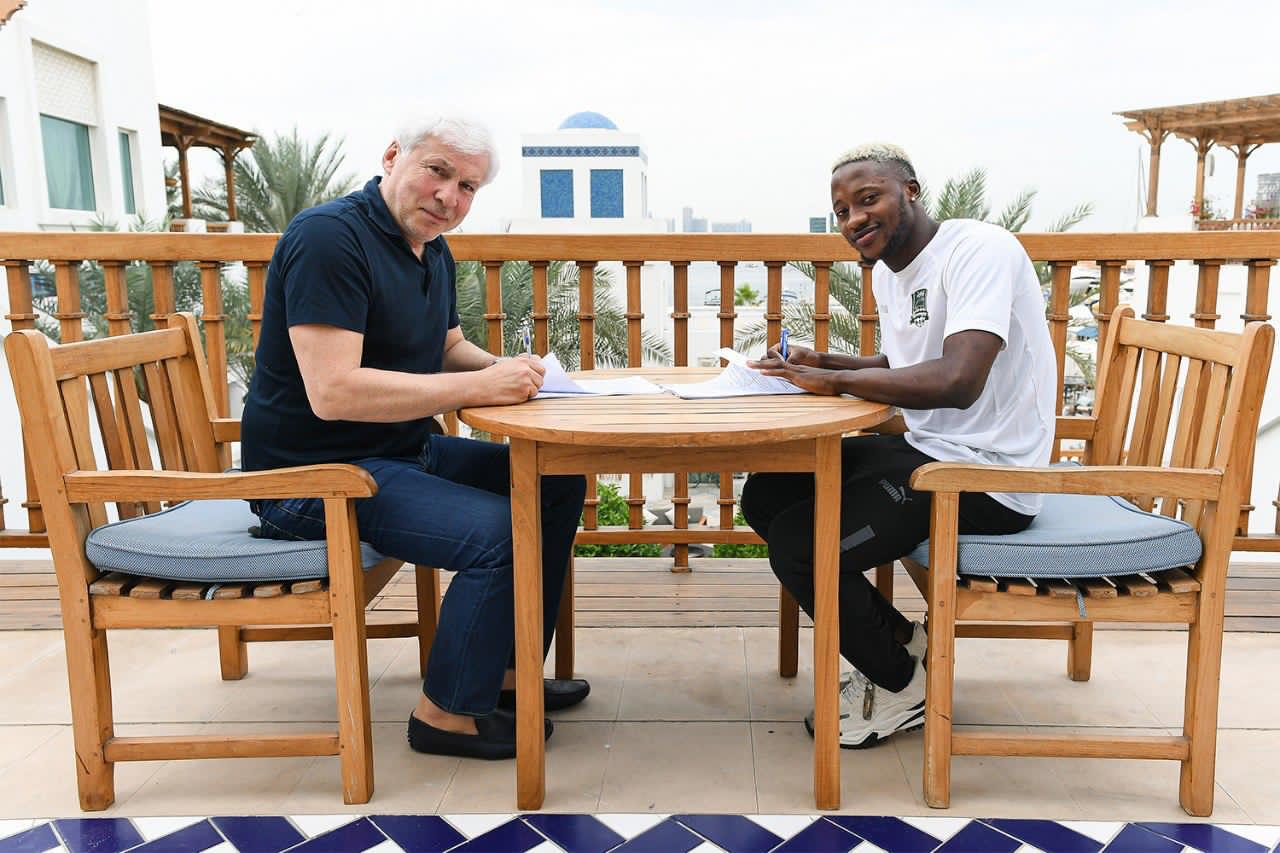 The club president of Obazz FC Mr. Patrick Obaze who was present at official paper signing today confirmed to Queenkada News Court Via Chat,that the 20 years skillful striker has signed a three-year permanent contract deal with the Russian Premier Liga.

Moses who is known for his excellent performances will be wearing Jersey No.90 for his new club side Krasnodar.

Moses who started his football journey from the grassroot level with Obazz FC before moving to Sk Sered in Slovakia in 2021, then crossed over to join FK Železiarne Podbrezova still in Slovakia in 2022 where he became the rave of the moment scoring nine goals in eighteen appearances which includes scoring a Haul against Propad in the Slovakia Cup games.

Indeed it is a new beginning for the prolific striker as he is set to begin a new journey in Russia.