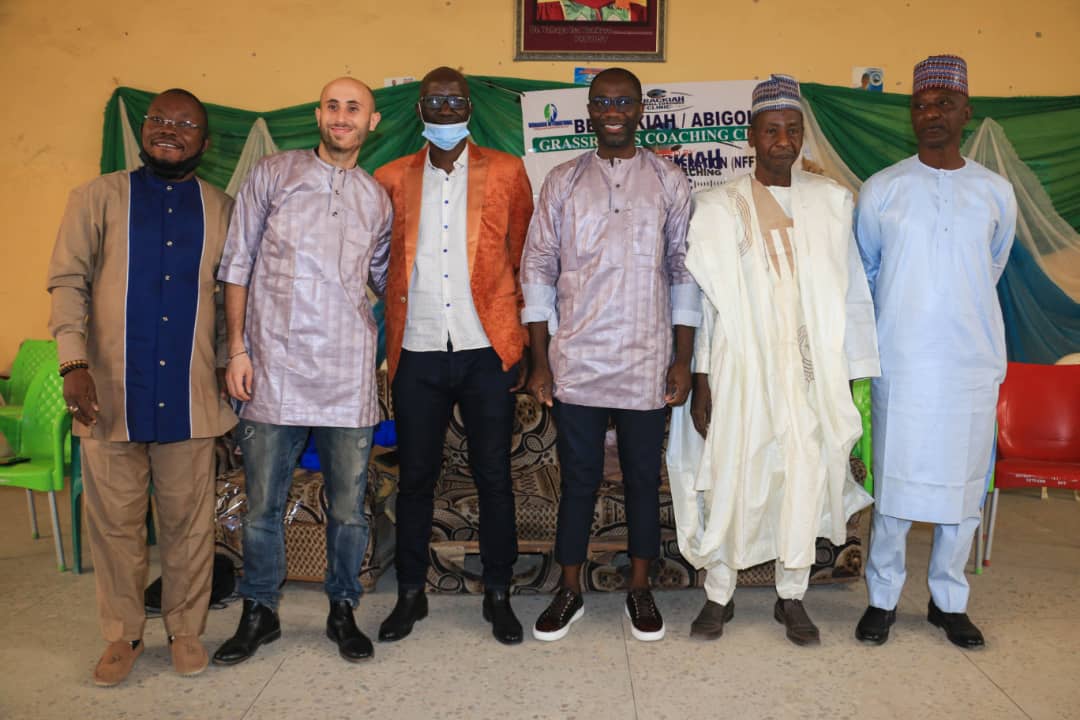 Mathew Olorunleke, a Nigerian-Italian football coach gave the admonition on Friday during the closing ceremony of the  NLO Berackiah/Abigol Football Coaching Clinic for the North West Zone ‘A’ in Kano State.

The former Nigeria international
pointed out that the coaches could only unleash their full potentials by upholding principles and values that are worthy of emulation.

“If you aren’t trustworthy, who will invest in you? You must be
innovative and creative. By extension you should be able to bring something new to the table”, Olorunleke said.

Coach Kelvin Idris who spoke on behalf of the 99 participants who received their certificates on Friday thanked the organizers and resource persons for driving them through the world of football management and administration within the short time of the clinic.

He described the sessions as filled with impact which have widening their horizons about the dug out business.

The president of Nigeria Football Coaches Association (NFCA) Coach Ladan Bosso, in his words also urged the coaches to raise the bar of the game while noting the importance of mentorship in making the best of a career.

Dr. Bashir Maizare ,the Director of Sports from the Kano State Sports Commission in a remark appreciated the organizers for finding the state worthy of hosting the programme.

The 5-day football coaching clinic was a pack of practical and theoretical sessios aimed at enhancing the capacity and competence of the Nationwide League One(NLO) and grassroots coaches in the zone having done the similar programme in four other geopolitical zones of the country remaining the North Eastern part.

The clinic train will now move to Kaduna State for the second part of the North West Zone and is scheduled to hold from Monday 22nd- Friday 26th of February at the Ahmadu Bello Stadium in Kaduna.