TRENDING
Home Sport One more time, I want to celebrate you – Daniel Igali 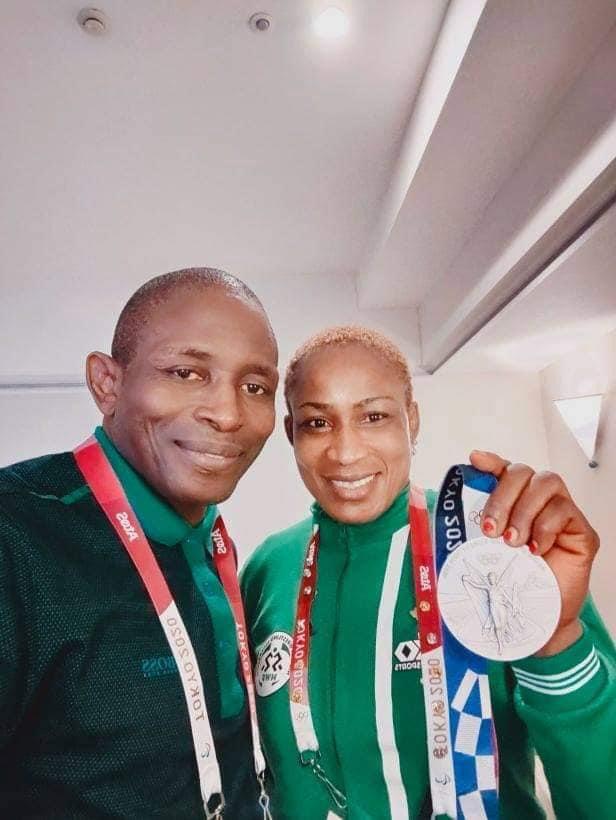 One more time, I want to celebrate you – Daniel Igali

He is the Commissioner for youth and sports development in Bayelsa state and Caretaker President of the Nigeria wrestling Federation. If you ask his athletes, some address him as president, many as coach, training partner, mentor; almost all as their role model.

As a journalist, aside his official roles, I see him as a dedicated technocrat on the general level; the glue that binds the Nigeria wrestling federation and now sports generally in Bayelsa state. Watching him coach and mentor both coaches and athletes, as I have done on numerous occasions, is a sight to behold.

In his competitive days, he never competed for his home state (Bayelsa state). He competed for Rivers State at the time and won his first gold medal for Borno state. He was employed by the Plateau state sports council in 1990 and competed for Plateau state until his sojourn to Canada in 1994

Today, I celebrate a devoted sportsman and technocrat who started the wrestling revolution since 2007 when he was recruited by Chief Amos Adamu and Dr Patrick Ekeji to coach the Nigeria national wrestling team.

When asked why his Olympic gold medal was for Canada instead of Nigeria, he said; “I made several attempts to represent Nigeria in 1996 and 1997 but was rebuffed by the Nigerian authorities”. One of the reasons Hon Daniel Igali relocated to Nigeria over a decade ago was to lay the proper foundation to harness medals at the world and Olympic level. As you can see, the dream has started manifesting.

Igali is quick to remind anyone that he does not regret his gold medal for his other country Canada. He feels Canada invested in him and clearly merited to have that gold medal.

I recall that Nigeria had a Bulgarian wrestling coach – who Igali credits with laying the foundation for Nigeria’s success in Wrestling from 1985 to 2005. However, Nigeria never won any world or Olympic medal within that period.

Between 2009 to 2020 (11 years) under Igali, Nigeria has won 5 world championship medals. When asked how he feels about the progress of wrestling under him, he replies “The athletes could have done better with better funding. We do not have inferior genes” he always reminds me. He feels that inadequate funding of sports has retarded the growth and development of sports in the country. His goal was to start winning medals at the Olympics in 2012.

When asked how he felt about the Silver medal won by Blessing Oborududu at the 2020 Tokyo Olympics. “A great sense of relief” Igali says.

“We could have won a medal in Rio, five years ago”, he recounts. And “we definitely had plans to win multiple medals in Tokyo, but am really happy and satisfied with the Silver medal”. I have a feeling the gold he won for his adopted country of Canada still haunts him. He told me there was a 70% chance of a gold medal in Tokyo. But I guess that dream has to wait.

How has Igali been able to get his wrestlers to perform at such impressive levels? Well, seeing the lack of infrastructure for wrestling, he decided to Invest in a private training centre for his national team athletes.

For several years, he sunk in over 100 million naira to build a wrestling edifice complete with an 18 room accommodation complex that enables the national wrestling team to have their national camps. He tells me the goal is to fundraise and have that centre stand independent of government, so athletes can train year round.

Igali says he got a grant from the international wrestling federation to equip the wrestling gym. The bayelsa state government, he says has been their biggest supporter apart from the federal government/ ministry of youth and sports.

And yes, he thinks the Nigeria Olympic committee through their Olympic scholarships have been instrumental in the results at this Olympics. He beams with smiles when talking about Sunday Dare, the current minister for youth and sports. HM as he calls him, has been of great support to his team since he became minister about two years ago. According to him, HM “sees the bigger picture”.

No wonder we are seeing superlative results from wrestling.

While coaching the national team, igali contested and won elections to the Bayelsa State House of Assembly in 2011 and served eight years representing Southern Ijaw constituency 3. He is credited with having the most private member bills that was accented into Law in that state.

Just two days ago, the two professional football club sides of Bayelsa state (Bayelsa United and Bayelsa Queens) which he supervises, both won the Aiteo Cup, the first time in the history of Nigeria that one state would qualify for the finals in both cups. A Daniel Indeed has come to judgment.

When asked why he thinks Bayelsa has done so well in sports over this period he has been Commisioner: he credits the Governor of the state, the miracle Governor Douye Diri for his support in funding of sports in the state. He gives credit to the Deputy Governor who he calls his ‘direct supervisor’ for his thoroughness and promptness in approving funds.

He also gives credit to his Director of sports, Permanent Secretary, Directors in his ministry, the players who he describes as patriots that are willing to spill their blood for the state. He further credits the coaches, board members and Bayelsans and people of goodwill for the unrivalled support the teams receive.

In all of these, he does not mention his own name. So I asked; what role have you played in this rapid success story? He answers as he always does, that his job is to ensure that people are doing their jobs. That he inspires and motivates, ensures the right players and coaches are recruited and makes sure he gets funds approved for effective utilization for goals to be achieved.

Later today, Daniel Igali and his Protégée, Blessing Oborududu- Olympic silver medallist will arrive Bayelsa to wild jubilation. They will be onboard the first maiden commercial flight to Yenagoa alongside their miracle Governor, Sen. Douye Diri. The Governor who adopted the Nigeria Olympic wrestling team and supported parts of their Olympic preparations; who adopted Blessing Oborududu under the ‘adopt an athlete’ programme would be leading the first ever Olympic medallist in wrestling into Bayelsa on their record breaking first maiden flight. HOW FITTING!

Hon. Daniel Igali, please soak in all the applause and adulation. You deserve it. I pray that the corporate world reaches out to your sport and gives you the needed support. I pray that you continue to inspire and motivate your wards because Paris 2024 is barely three years away.

I celebrate Blessing Oborududu. I celebrate Bayelsa’s miracle Governor, Senator Douye Diri for appointing you as Commisioner of youth and sports. One more time, I celebrate you.