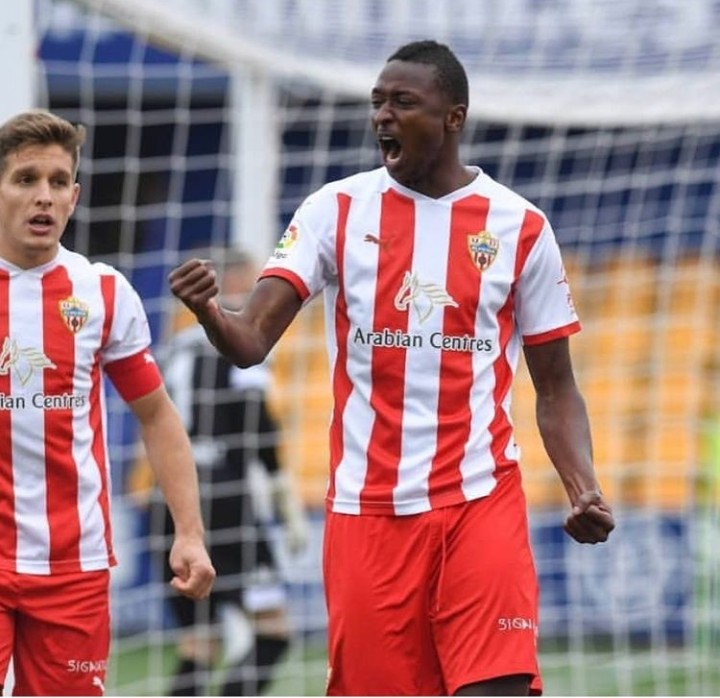 Kaduna born striker scored the only goal that gave his side 1 point in a crucial encounter. The match began with the two teams showcasing good football artistry as the first half ended in a barren draw.

Five minutes into the resumption of the second half, the former AS Roma striker Sadiq Umar got the curtail raiser with a beautiful finishing after he takes on the defender of espanyol, using his strength and precision to finish up to get the goal.

Espanyol immediately responded by getting their equalising goal through a nodded player; Dimata. Barely ten minutes later, a penalty was awarded the away team but good goal-keeping denied Espanyol from taking the lead as the match ended 1:1

Sadiq Umar have succeeded to have scored 18 goals as far as the ongoing season is concerned: 16 goals in the league and 2 goals in the Cup game. With this result, Almeria is still 3rd position on the log table with 61 points while Espanyol is topping the table with 71 points, 10 points separating the two sides.