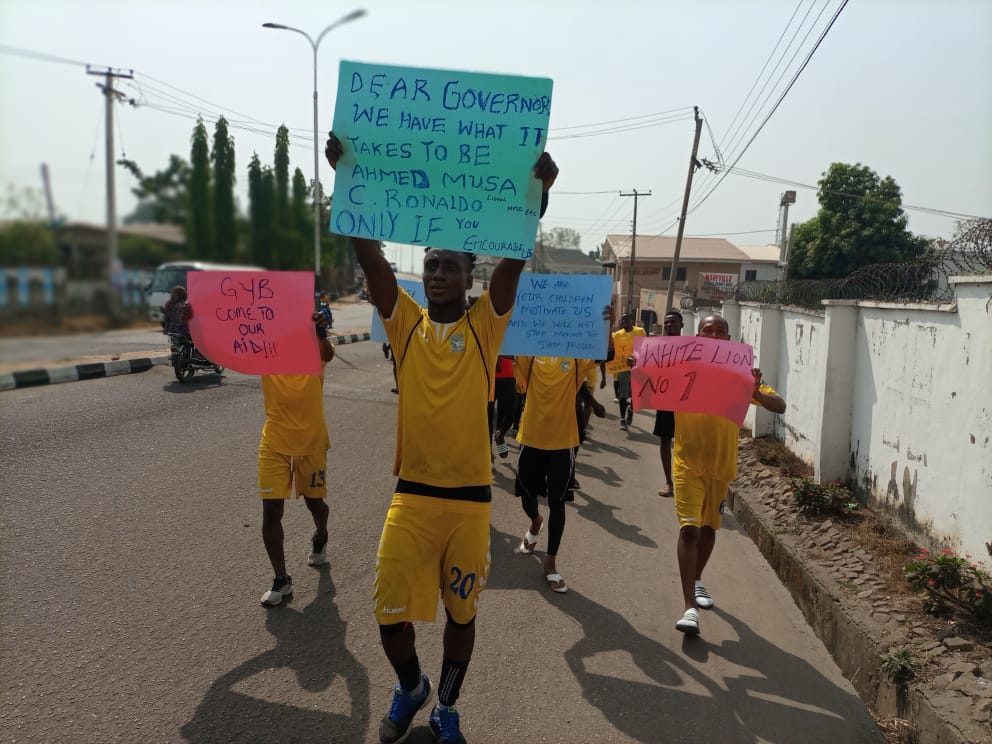 See Walala: Pay Us Our Money or We No Go Play League Patapata, Kogi Players Cry Give Governor Yahaya Bello

One player wai de tin vex  enta blood well come tell tori pipu say: “We want to be paid our two years sign-on-fees as we have people that looks up to us for survival,” said one of the angry players.

“They promised to pay our entitlements but it did not happen.”

As the tin pain am reach e con pin talk again say, “We are tired of empty promises from Kogi State Government. We don’t think playing league games will be a good option for us.”

As be now “Eyes de look Eyes” for diz mata as we dey monitor situation.