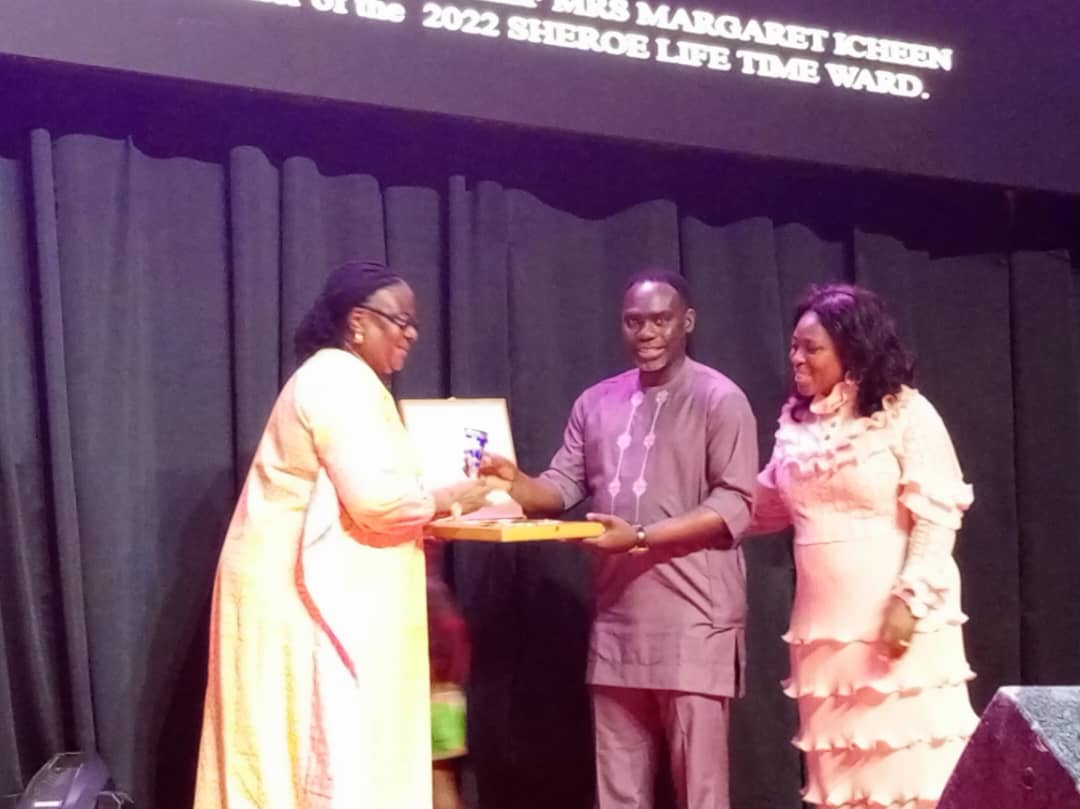 Amusan who won gold and broke records in 100m hurdles at this year’s World Championship and Commonwealth Games was among outstanding Nigerian sports men and women that were honoured for various categories of the Sheroes awards.

Nigeria U17 women’s Manager, Bankole Olowookere was presented with the Sheroes Sports Icon of the year.

Coach Olowokere led the Flamingoes who recently beat all odds to win bronze at the just concluded FIFA U17 Women’s World Cup, a feat that Nigeria was unable to attain in the past at the competition.

There was also posthumous award for late Alhaji Tewogboye Oyewole as Sheroes Pioneer of Women’s Football in Nigeria.

Of the 36 states in Nigeria, Lagos State Football Association was decorated as Sheroes Most Outstanding Women’s Football Development FA of the year.