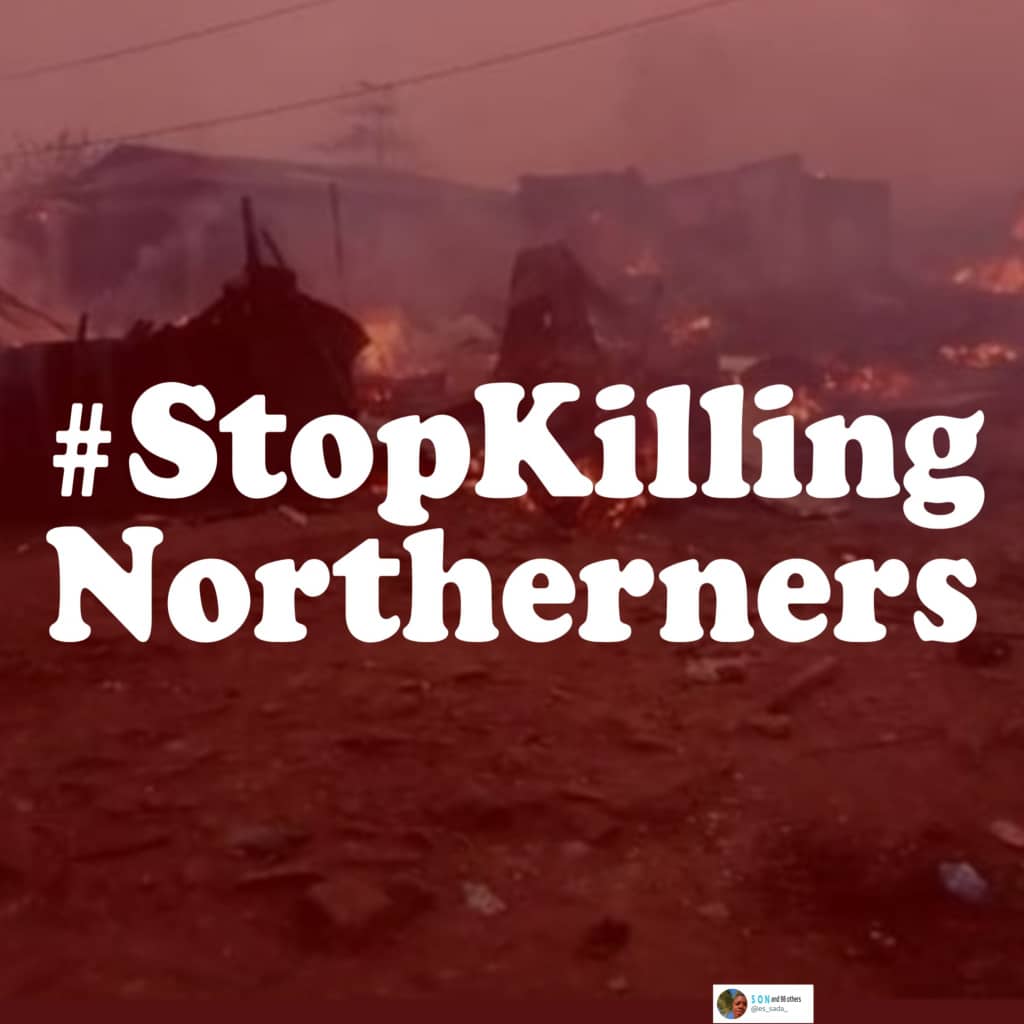 Nigerians have shown their displeasure and have Condemed the recent ethic clash between Yoruba and Hasua in the south west region, Oyo state, which has witnessed more killings of the Northerners in the state.

According to reports, the genesis of this ethics unrest started on Thursday, after an Hausa man stabbed a Yoruba cobbler after a little misunderstanding, he was rushed to the hospital but was declared dead on Friday morning.

The clash which has gone bloody on Saturday 13th 2021, saw the burning of Sasa Ibadan, as houses, shops, and businesses of the Northerners were targeted.

However Nigerian have taken to twitter to Condemed the act as they plead with the Yoruba’s to stop the killings of the Northerners with the Hashtag #stopkillingNortherner.

See some of the reaction on twitter following the clash.