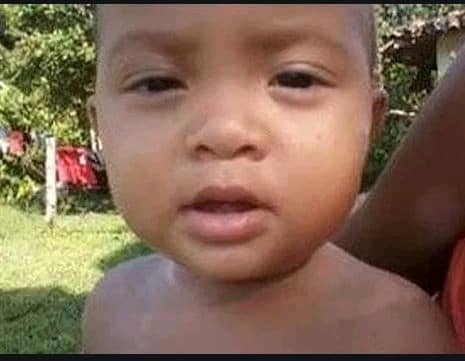 STRANGE! Dead Boy Woke In A Coffin To Drink Water And Died Again

A strange story has surfaced online of a two years old kelvin santos from Brazil who died, woke in a casket to drink water and died again.

Kelvin Santos stopped breathing during treatment for pneumonia at a hospital in Belem, northern Brazil.

The child’s devastated family took him home where grieving relatives held a wake throughout the night, with the boy’s body laid in an open coffin.

But an hour before his funeral was due to take place on a Saturday the boy apparently sat up in his coffin and said: ‘Daddy, can I have some water?’.

The boy’s father, Antonio Santos, said: ‘Everybody started to scream, we couldn’t believe our eyes. Then we thought a miracle had taken place and our boy had come back to life.

‘Then Kelvin just laid back down, the way he was. We couldn’t wake him. He was dead again.

Mr Santos rushed his son back to the Aberlardo Santos hospital in Belem,where the doctors reexamined the boy and confirmed that he had no signs of life.

Mr Santos however called for a police investigation into his son’s death, certain that the incident is proof of medical malpractice.

The incident happened 10 years ago according to the daily mail news.