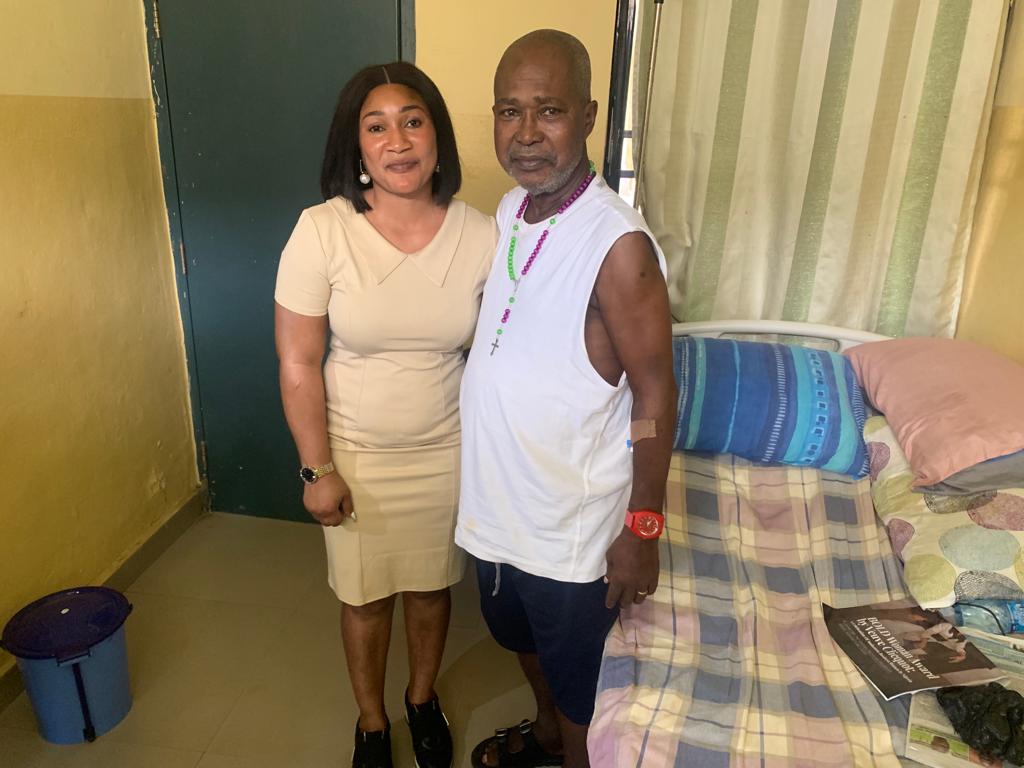 In line with his commitment to ensuring that the welfare of former Nigeria internationals in dire need are given assistance, Minister of Youth and Sports Development Mr. Sunday Dare on Tuesday 1st November gave financial lifeline to ailing former Super Eagles star Henry Nwosu.

A gifted midfielder, Nwosu was the youngest member of Nigeria’s victorious 1980 African Nations Cup squad, and scored the only goal for Nigeria at the 1980 Olympics. He also played in the 1982, 1984 and 1988 tournaments, finishing runners up in the latter two, with his last game for Nigeria coming in 1991.

Ehiabor visited the ex player in Asaba and handed him the cash gift from the Sports Minister.

According to the well respected Ehiabor, the gesture would not end with just the cash gift, but the ex international would be given needed medical assistance. The state of his ailment would be assessed by medics with the aim of giving him proper treatment to be paid for by the Minister.

Sports Minister, Dare, had extended similar assistance to several former Nigerian footballers in the past.