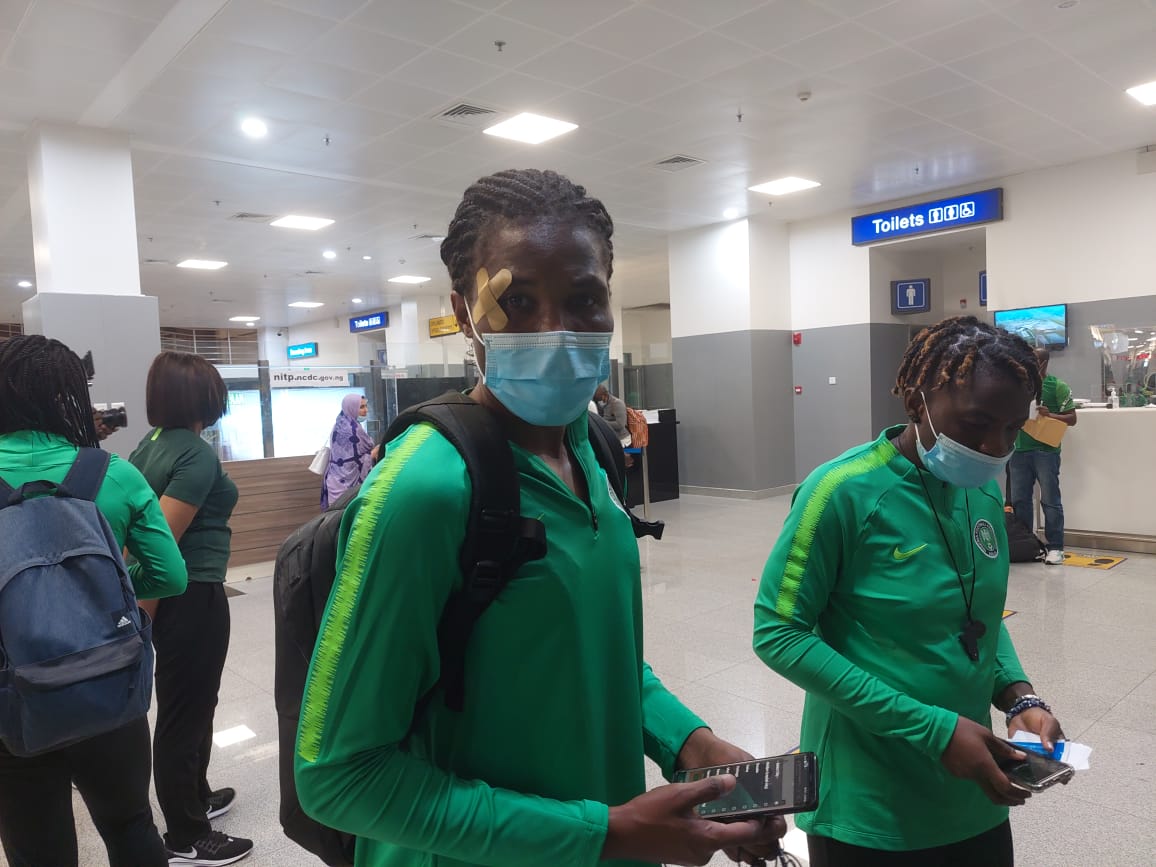 They went, they saw, they conquered. They are the victorious Super Falcons who defied all odds to beat their counterparts from Ivory Coast by a lone goal.

That victory, ensured that Nigeria picked one of the tickets to the Africa women’s championship in Morocco.

Still basking in the euphoria of that brilliant performance, the players and officials departed Abidjan just few hours after the match and landed at the international wing of the Nnamdi Azikwe Airport in Abuja armed with their Covid test results done less than 24 hours ago, but were held hostage by officials of the Nigeria Center for Disease Control, NCDC, who insisted that all players and officials must undergo another round of routine test and pay a certain amount of money before they will be allowed to leave the airport. They even threatened to molest players and officials of the team if they refused to comply.

An official of the team who spoke on condition of anonymity, told NSM Media, that the Super Falcons were treated like foreigners in their own country.

“This is a national team that has brought honours to Nigeria by winning the African women’s Nations cup a record nine times, these players just defeated their Ivorian counterparts to qualifier for the Nations cup and all they got on arrival, is this inhuman treatment from officials of the NDDC. I think these girls deserve a better treatment he concluded”.

As at 2.30am when this reporter was putting this report together, the team was still at the airport.