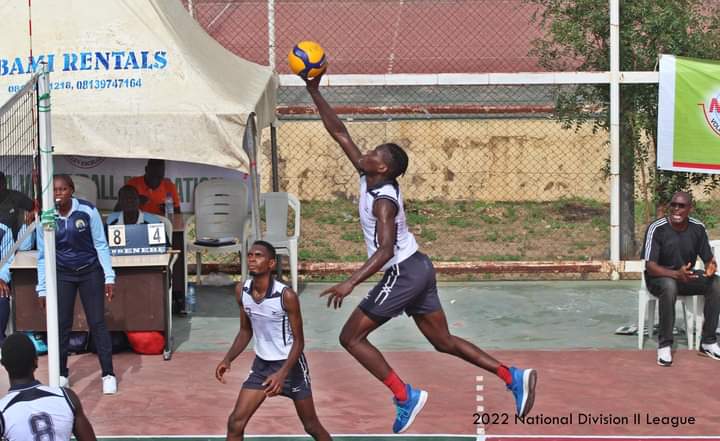 In other matches, Chief of Naval Staff (CNS) Spikers pummeled host; Taraba Spikers 3-0 (25-16, 25-19, 25-16) in front of their supporters. Despite the support from the crowd, CNS Spikers were not moved as they took Taraba Spikers to the cleaners in grand style.

After few years of absence in the volleyball league, Plateau Rocks made a statement by beating youthful Sword of Benue, 3-0 (25-11, 25-15, 25-16) in the last match of Day 1. Coach Rakiya Mohammed’s team (Plateau Rocks) did not give the Makurdi based team any lifeline throughout the duration of the game as fireworks were coming from position 2 and 4 on the court.

Meanwhile, the Technical Representative on the board of Nigeria Volleyball Federation, Martin Melandi revealed that G-Ranks of Kachi will participate in this year’s National Division 2 League while Anambra Spikers have withdrawn.