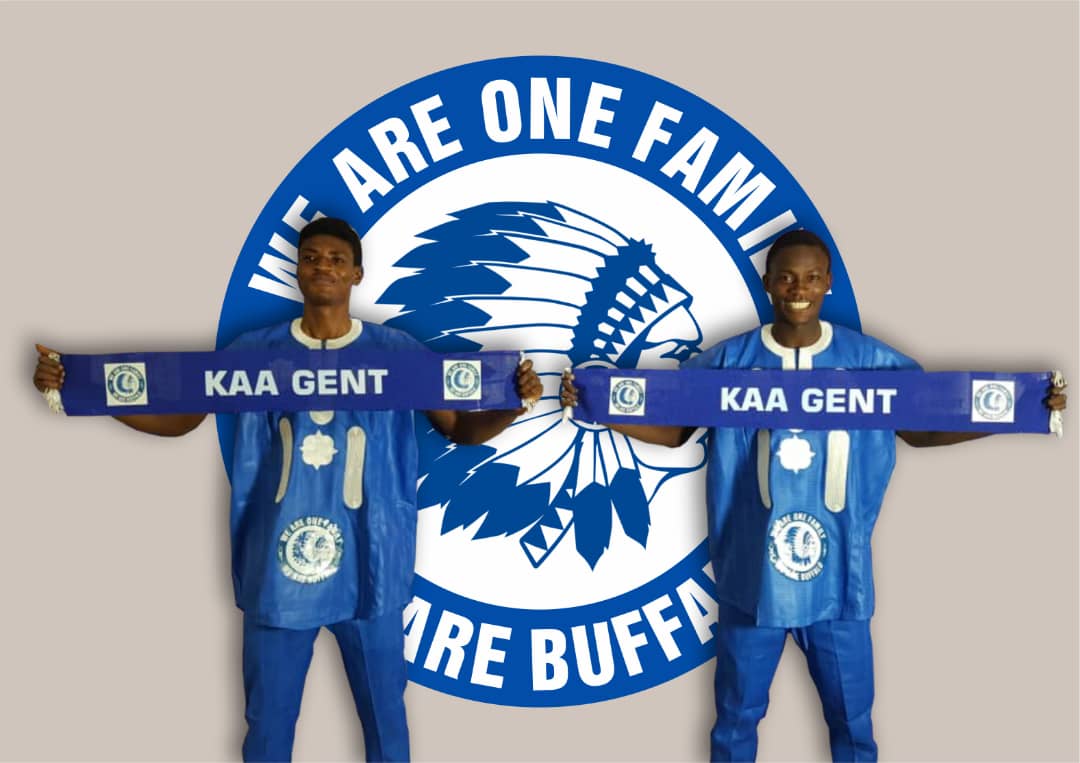 KAA Gent of Belgium have signed Flying Eagles star striker Emeka Chinonso and defensive midfielder Adewale Oladoye on professional contracts after they impressed in some friendly games with the first team.

The boys who arrived the Belgian elite club in grand style as the portrayed themselves as good representatives of our Nigerian heritage through their beautiful Yoruba attire.

The duo who will clock 20 years by August and September respectively will start out have resumed training with the club’s first team.

Chinonso is a powerfully built centre-forward and made the final squad to the 2019 U20 World Cup in Poland.

Adewale is a tall, tough-tackling defensive midfielder who featured for the most recent Flying Eagles at the U20 AFCON qualifiers in Benin Republic last year.

Chinonso and Oladoye’s are the latest  Nigeria players who have represented the capital club including Augustine Eguavoen who captained the side at some points, Moses Simon and Kalu Uche.