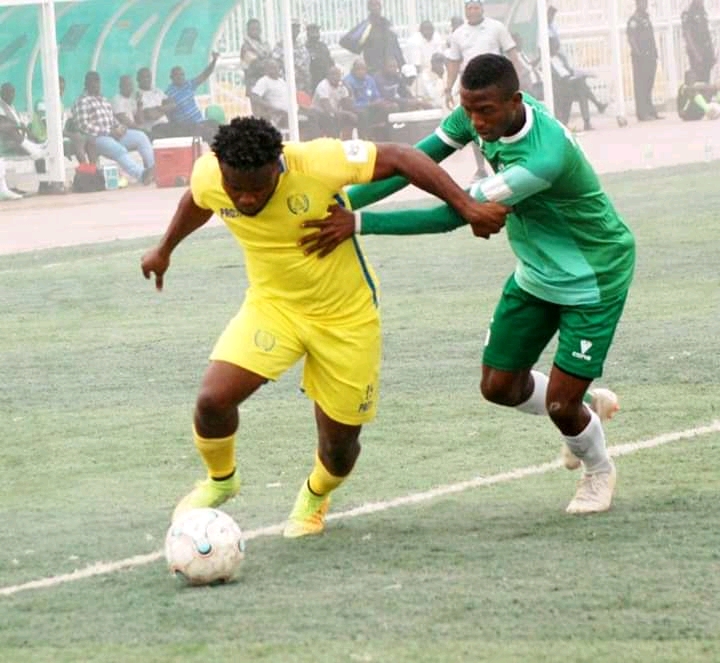 According to reports, Wikki Tourist who are currently occupying the 12th position on the NPFL log, are looking to add quality options in the middle and are considering Akwa United’s Morice Chukwu as well Samuel Stone who is on loan at Jigawa as they consider the pair a perfect fit to their options.

Morice Chukwu a central midfielder who joined the Promise keepers in the summer of 2019 as a free agent after the expiration of his contract with Go Round football club could be completing a move to Wikki Tourist in the coming days should they reach an agreement with his current employers.

However Samuel Stone who is currently on loan at Jigawa Golden Stars from Kano Pillars has also attracted interest from the Bauchi based club.

The Midfielder have netted two goals so far this campaign in six appearance, it is left to be seen if Jigawa Golden Stars will be willing to pathways with the highly talented playmaker who has been instrumental to the squad so far.