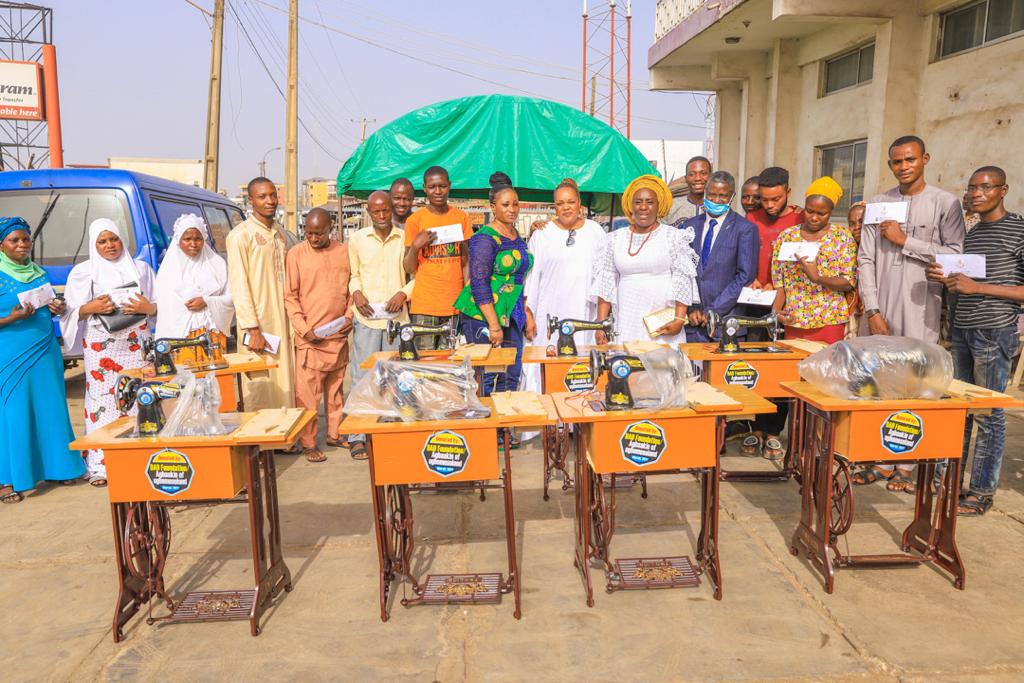 In his  continued efforts  to eradicate poverty and improve living standards of the people of Oyo State, the Minister of Youth and Sports Development, *Chief  Sunday Dare* on Friday  empowered over 20 Oyo State Indigenes with cash and Tailoring equipments.

The  the cash and  equipments were handed over to the beneficiaries at the Minister’s office  in Ogbomoso, Oyo State.

The Minister who was represented by his  wife, *Chief (Mrs.) Kemi  Dare* explained that the Minister is determined to improve people’s live through job creation.

She  enjoined the beneficiaries to make good use of the cash and the tailoring equipments  properly.

Speaking at the event, Media Aide to the Minister Mr *Kola Daniel*  stated that the gesture is  in line with the Minister’s continued charity work of over 2 decades which  predates his foray  into politics with  thousands of beneficiaries  across Nigeria.

He further stated that the Minister’s gesture  was a fulfillment of his personal vow to God to  always give back to  the society by touching  the lives of the downtrodden.

He  appealed to the beneficiaries to make good use of the cash and equipments.

Also speaking at the event, *Olori Nike Olugbodi* said the Minister as  a son of the soil believes in teaching people how to fish instead of always giving them fish. She urged them to  use  the cash and  the equipments  for the purpose they are meant.